Home News Mobile BlackBerry KEYone Launched with Touch-Enabled QWERTY Keyboard
Facebook
Twitter
Pinterest
WhatsApp
The last couple of years were not very impressive for BlackBerry’s smartphone business as it experienced some ups and downs in the business. But, it seems that everything is now coming on track after the company changed some strategies.

The biggest change was switching from BlackBerry’s own OS to the Google’s Android OS and it reflecting a positive impact on the smartphone business of the company. Started with BlackBerry Priv, then DTEK Series which included the DTEK50 and DTEK60, the company has now added one more Android-powered smartphone.

The company has launched the BlackBerry KEYone smartphone in India with latest Android OS and physical QWERTY Keyboard. 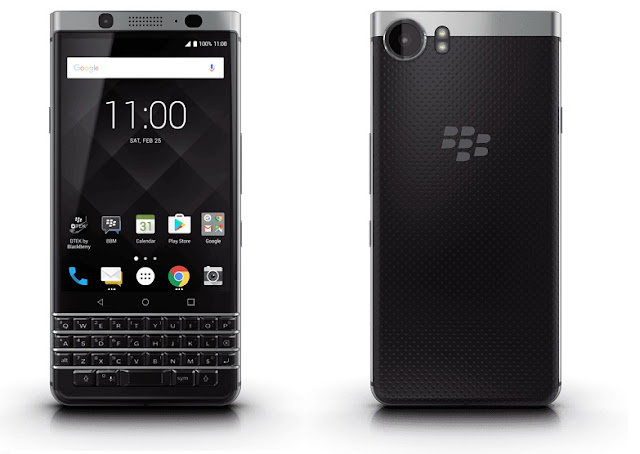 Features and Specifications of BlackBerry KeyOne

The smartphone features a 4.5-inch IPS LCD display with a 3:2 aspect ratio (1080×1620 pixels) and a pixel density of 433ppi. The Android 7.1.1 Nougat running BlackBerry KEYone is a dual-SIM handset enabled with 4G VoLTE connectivity and driven by an octa-core Qualcomm Snapdragon 625 SoC clocked at up to 2GHz, clubbed with 4GB of RAM.

The internal storage is 64GB, but it offers a massive external storage capacity via microSD card up to 2TB. The rear camera comes with a 12-megapixel sensor accompanied with dual-tone LED flash, while on the front there is an 8-megapixel snapper with f/2.2 aperture and an 84-degree wide-angle lens. It comes with 3505 mAh battery, which the company claims will give full day backup with excessive use.

As far as connectivity options are concerned, the BlackBerry KEYone is equipped with Wi-Fi 802.11ac, NFC, GPS/ A-GPS, Bluetooth v4.2, FM radio, USB Type-C (3.1), and a 3.5mm headphone jack. The physical QWERTY keypad is touch-enabled which responds to touch gestures like a trackpad, to quickly scroll through webpages or emails and also swipe up-down and left-right. You can also assign shortcuts to various keys to open the camera, browser, etc.

In India, the smartphone is manufactured in partnership with Optiemus Infracom and is priced at Rs. 39,990. It will be sold exclusively via Amazon India starting from August 8. As an introductory offer, the BlackBerry is giving 75GB additional data to Vodafone customers, both new & existing prepaid and postpaid subscribers.