Home News Business Essential Products Raises $300 Million Funding
Facebook
Twitter
Pinterest
WhatsApp
California-based technology company and manufacturer, Essential Products has announced that it has raised an amount of $300 million in a new funding round for its phone startup. The company also mentioned the signing of retailers to sell its Essential Phones.

The funding was led by Access Technology Ventures, in participation with Amazon, Tencent, and Foxconn. Till now the company has raised a total of $330 million. Essential was founded in late 2015 by Andy Rubin, a co-creator of the Android mobile operating system

The company is working to bring a premium Android phone to the market and it’s likely to debut in the U.S. in the coming weeks, Being a premium device packed in a titanium and ceramic case, the Essential Phone will directly compete with big brands including Apple and Samsung. 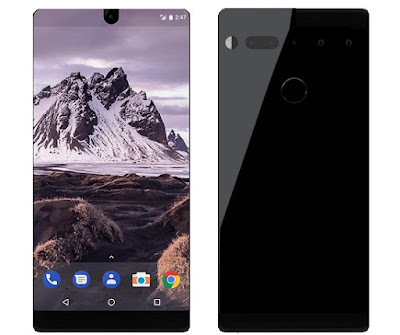 Retailers who agreed to sell the Essential Phone include Best Buy, Amazon, Sprint in the US and Telus in Canada.

Not only the smartphone market but Essential is also looking to enter into the home security and monitoring space for which it has acquired intellectual property from Sentri, which makes Android-powered home monitoring system.

Talking about the Essential Phone specifications, it is said to feature a 5.7-inch LTPS edge-to-edge near bezel-less display as we’ve seen in Samsung’s new Galaxy S8/Galaxy S8+ and LG’s new G6. There will be a 2.45 GHz octa-core Qualcomm Snapdragon 835 chipset paired with 4GB of RAM.

Internal storage in the Essential Phone will be 128GB, but unfortunately, no microSD card support is there. The phone to sports dual camera setup at the rear, both 13 megapixels. While on the front there will be an 8-megapixel shooter capable of recording 4K videos.