Home News Mobile Panasonic Launches Eluga I2 Activ Smartphone in India
Facebook
Twitter
Pinterest
WhatsApp
Panasonic has added a new smartphone to its budget lineup by launching an affordable smartphone, the Eluga I2 Activ. The handset is 4G VoLTE ready and comes in two RAM variants, one with 1GB RAM and another with 2GB RAM. 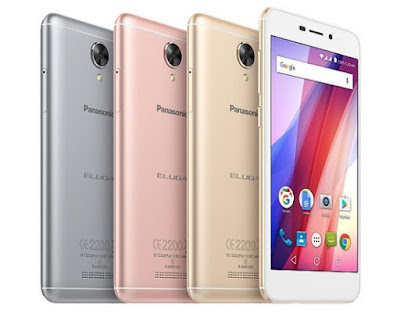 Features and Specifications of Eluga I2 Activ

The smartphone runs on Android 7.0 Nougat and driven by a 1.25GHz quad-core MediaTek MT6737 processor. It comes with a 5-inch HD (720×1280 pixels) IPS display, sports an 8-megapixel autofocus rear camera with LED flash, while also houses a 5-megapixel front-facing camera.

The onboard storage in the Panasonic Eluga I2 Activ is 16GB, but it can be further expanded via microSD card (up to 128GB). It has dual-SIM compatibility offers connectivity options like Wi-Fi 802.11 b/g/n, Bluetooth v4.0, GPS/ A-GPS, and Micro-USB 2.0.

There is a 2200mAh battery in the handset and it also packs accelerometer, ambient light sensor, and proximity sensor.

Price and Availability of Panasonic Eluga I2 Activ

Speaking at the launch, Pankaj Rana, Business Head – Mobility Division, Panasonic India, said, “With the launch of Eluga I2 Activ, we aim to target users who wish to own stylish and selfie camera-specific smartphones. This smartphone comes with 5-inch HD display which can be easily carried in your pocket and used on-the go. Consumers nowadays prefer using their smartphones as an everyday pocket camera. A recent research by Counterpoints Research stated that nearly 33 percent of users prioritize a better selfie camera or fingerprint sensor for their next smartphone purchase.”