The company has announced that they have limited number of Xbox One X Project Scorpio Edition consoles only those who pre-orders are eligible for this. The console will be available worldwide from November 07, 2017. Right now, pre-registrations are available only limited retailers which include Amazon (US), Amazon (UK), Best Buy, Gamestop, Target, Walmart among others.

It is ready to give a tough time to its arch-rival, the Sony’s PlayStation 4 Pro.

What You Get With Xbox One X Project Scorpio Edition 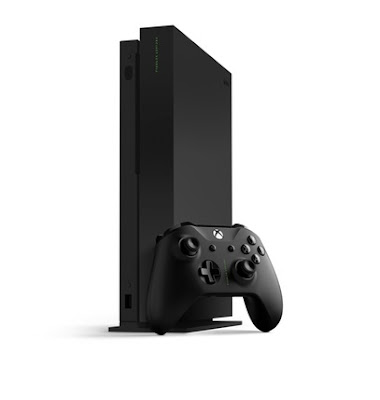 The console is powered by an 8-core AMD CPU clocked at 2.3 GHz, which the company claims is 40% more power than any other console. 12GB GDDR5 of graphic memory, 1TB HDD internal
storage, 8GB of flash memory. As far as the video capabilities are concerned, the Xbox One X Project Scorpio Edition comes with 4K UHD Blu-ray Optical Disc Drive, HDMI 2.0b (out), 2160p @ 60Hz, AMD FreeSync and also support HDR10.

Other specifications include DOLBY Digital 5.1, TrueHD with Atmos and DTS 5.1. Dual band wireless with Wi-Fi Direct for home networks, IR Blaster, and 3 USB 3.0 Ports among others.

Regarding the launch, Mike Nichols, Corporate VP and Chief Marketing Officer for Xbox at Microsoft, said, “Today we unveiled the Xbox One X Project Scorpio Edition designed for fans who want to be the first to experience the world’s most powerful console.”

“We designed the Project Scorpio Edition for fans to celebrate both our heritage and the power and precision that we are bringing into our future. We are counting down to the launch of Xbox One X later this year and look forward to getting the world’s most powerful console into the hands of our fans.”