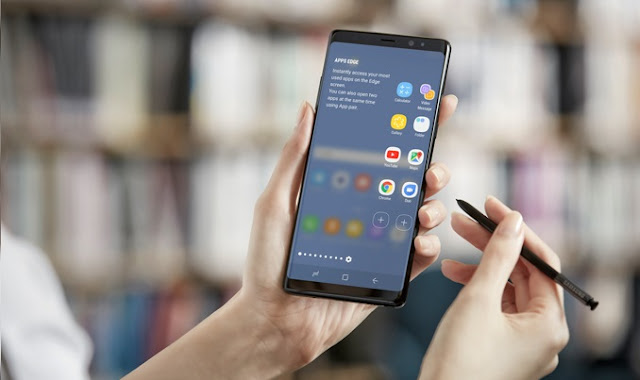 Samsung has finally launched the next level Note device, the Galaxy Note 8. It comes with a bigger display as compared to its predecessor, but the company has managed to minimize the overall size of the Note so that it fits comfortably in one hand.

The highlight of the phone is its camera and it’s the first time Samsung has used dual camera setup at the rear which allows users to capture stunning photos. This is also the first ever phone in the industry that has Optical Image Stabilization in both dual rear cameras.

The Galaxy Note 8 also comes with a new App Pair feature which lets users create a custom pair of apps on the Edge Panel and simultaneously launch two apps with ease. In addition, there is a new S Pen that has lots of advanced features.

Specifications of the Galaxy Note 8

the Galaxy Note 8 has a lot to offer in terms of features and specifications. Starting with the display, it features a 6.3 inches Quad HD+ Super AMOLED Infinity Display which is bigger than its predecessor which had only 5.7 inches display.
Now coming to the camera, as discussed earlier the highlight of the device. It is the first time Samsung has used dual camera setup on any of its phones. Both rear cameras come with 12MP sensors, one is wide angle lenses and the second one with telephoto lenses.
ALSO READ:  Realme C21 to Come With 5000 mAh Battery and Mid-Range Price
Both are equipped with Optical Image Stabilization (OIS) which lets you capture sharper images even if your phone is moving.
The Galaxy Note 8 runs on latest Android 7.1.1 Nougat and is powered by a Snapdragon 835 or Exynos 8895, depending on the market. There is 6GB of RAM and 64GB of built-in storage which is further expandable via microSD card (up to 256GB), in case you need some extra space. It also features Bluetooth 5.0 and LTE Cat 16 connectivity. Both, the Note 8 and S Pen are IP685 certified, making them water and dust resistance.
Other features include a 3300mAh battery which supports Fast Wireless Charging and is said to come with most advanced wireless charging capabilities yet. For security, it offers both iris and fingerprint scanning. With Samsung Knox7 your folder is secure with defense-grade security.
ALSO READ:  Samsung ISOCELL HM3 is a New 108MP Mobile Image Sensor
The Note 8 also equipped with Samsung’s new smart voice assistant Bixby, which was rolled-out last month.

We appreciate the relentless passion of the Note community. They’ve been a constant inspiration to us and we designed the new Note for them,” said DJ Koh, president of Mobile Communications Business, Samsung Electronics. “From the Infinity Display to the enhanced S Pen and a powerful Dual Camera, the Galaxy Note8 lets people do things they never thought were possible.