Home News Mobile Updated iPhone SE to Launch in Early 2018
Facebook
Twitter
Pinterest
WhatsApp
The next-generation iPhone SE is all set to hit the shelves in the first quarter of 2018, as reported by Focus Taiwan. The report further says that India will be first in the list to receive the updated iPhone SE before it is made available more broadly.

Wistron has been given the responsibility to manufacture the new iPhone SE and for this, the manufacturer is preparing to expand its India-based iPhone manufacturing unit. Wistron in talks with the Karnataka government for additional land expecting to double or even triple its production capacity over the next five years. 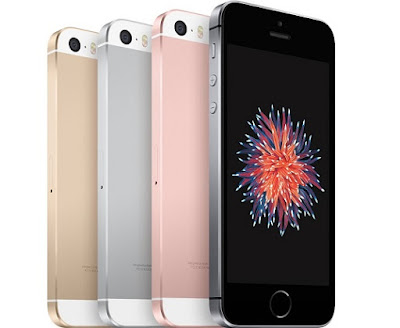 Giving Wistron the majority of the orders for the new iPhone SE also hints that Apple is hoping to expand its share in the Indian smartphone market.

To recall, iPhone SE was a 4-inch smartphone launched last year in the emerging markets. According to rumors surfacing online, the new iPhone SE might come with the same 4-inch screen size or 4.2 inches. Other rumored specifications include 32GB and 128GB storage capacities, run on the Apple A10 SoC, and, sport a 1700mAh battery.