Home News WhatsApp to Introduce UPI Payments Feature – Beta App Hints
Facebook
Twitter
Pinterest
WhatsApp
Soon WhatsApp users in India would be able to send money to their friends and relatives. In a new leak of the beta version of the Android app shows that WhatsApp testing a new feature of instant money transfer via the Unified Payments Interface (UPI) transaction system in India.

The feature first spotted by WABetaInfo, which also shared an image of the feature, reported that the WhatsApp Payments section for Android is still hidden and under development and it’s Android 2.17.285 beta version. 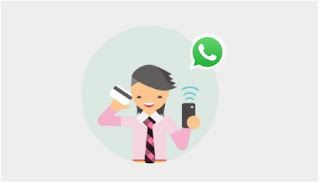 The UPI (Unified Payment Interface) was launched by the National Payments Corporation of India (NPCI) in August 2016 with 21 banks and now there are around 50 banks. It is regulated by the Reserve Bank of India (RBI).

“Transactions on UPI are growing exponentially due to increased acceptance among member-banks, merchants, and consumers. Plus, the UPI-powered Bharat Interface for Money (BHIM) has also been a significant contributor,” NPCI Managing Director and CEO A.P. Hota said. 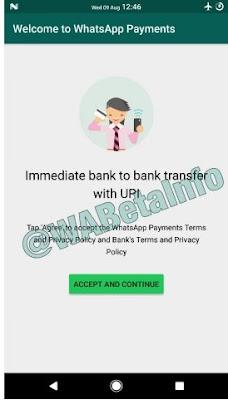 The step to add payment feature shows that the Facebook-owned company is very well aware of the competition and wants to retain its position as a leading messaging app. Other major messenger services like WeChat and Hike already support payment services.

Right now, WhatsApp has over 200 million active users in India and if it launches the payment feature it can hope a decent rise in the user base.

As mentioned the feature is still under development, so let’s wait and see if WhatsApp really rolls-out the payments feature.