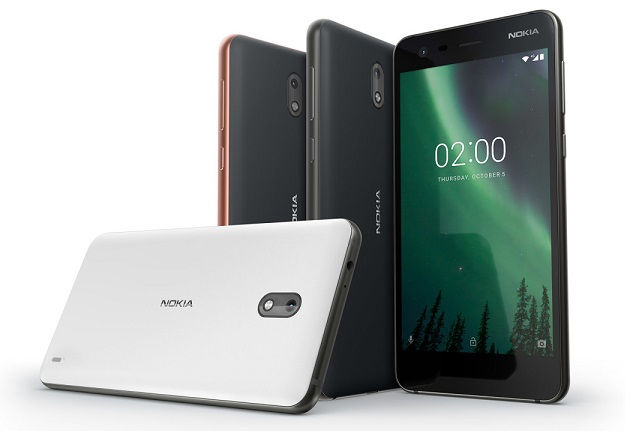 Nokia 2, a new budget handset from HMD Global which has been launched a few days ago and touted by the company as  – perfectly balanced Android phone. Now there are total 5 handsets in the Nokia’s new Android series that has been launched globally which include Nokia 2, Nokia 3, Nokia 5, Nokia 6 and the Nokia 8 which is the high-end premium device and can be compared, to some extent with Galaxy Note 8 and iPhone 8.

It’s worth noting that last week HMD Global unveiled the Nokia 7 but currently, it is limited to the Chinese market only.

The Nokia 2 is a budget smartphone (suggested price EUR 99, roughly Rs. 7,500) and therefore doesn’t pack many impressive specs, except the few. There are many handsets from other companies in this price range which comes with better features than the Nokia 2.

As mentioned, only a few of the specifications are decent in the Nokia 2, the camera and the battery and also the regular Android updates, if we consider it.

There is a 4100 mAh battery in the handset which is non-removable and rated to deliver up to 2 days of power. Talking about the battery, HMD Global’s Chief Product Officer Juho Sarvikas said, “The Nokia 2 comes with two-day battery life. People commute for such long times and they need to stay entertained while doing that”.

As far as the cameras are concerned, there houses an 8 MP autofocus rear camera with LED flash and 5 MP front camera. Both of them are expected to give satisfactory results. The reason the company has focused on the camera and battery is that a survey by Qualcomm and Counterpoint pointed that the most desired (97 percent of respondents) feature of a smartphone is its battery in the budget range, followed by the camera, screen size and the 4G LTE connectivity

Other specifications of Nokia 2 include a 5-inch HD (720x1280px) LTPS display protected with Corning Gorilla Glass 3. It is driven by a Qualcomm Snapdragon 212 SoC clocked at 1.2GHz paired with 1GB of LPDDR3 RAM. The internal storage is 8GB, which is further expandable via microSD card (up to 128GB) in a hybrid dual-SIM configuration.

ALSO READ:  Nokia Phones Are Now Available For Purchase on The Company's Website