After being launched in August and seeded in many of the smartphones, the Oreo update is now ready to be roll-out on Android Wearables. Till now it was running as a beta version only available for the LG Watch Sport.

The news of Android Oreo being released on the wearables has come from Hoi Lam, a moderator at Android Wear Developers community on Google+. However, he didn’t mention the name of any wearable which will get the update first, rather he posted, “Timing is determined by each watch’s manufacturer”.

But he listed some of the improvements came out of the beta program, such as 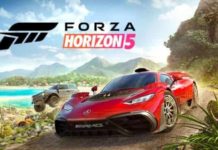