Home News Samsung Launches the 2018 Variant of Galaxy A8 and Galaxy A8+
Facebook
Twitter
Pinterest
WhatsApp
Samsung has finally made its Galaxy A8 (2018) and Galaxy A8+ (2018) smartphones live today. Both handsets share the same display design that is used in the Galaxy Note 8, known as Infinity Display. In addition to the display, these devices also share the user experience of the Samsung Galaxy S8. 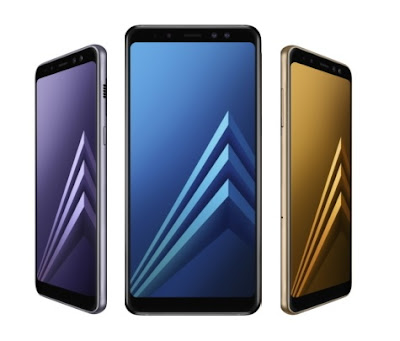 Features and Specifications of Galaxy A8 (2018) and Galaxy A8+

Being the successors of Galaxy A5 (2017) and Galaxy A7 (2017), both handsets feature an upgraded hardware specifications like Infinity Display panels, octa-core chip with two cores clocked at 2.2GHz and six cores clocked at 1.6GHz, and targeting the selfie-taking youth the company has used two front-facing camera sensors 16MP+8MP on both devices.

Both smartphones run on the Android 7.1.1 Nougat OS and house a 16-megapixel camera sensor at the rear with an f/1.7 lens. As mentioned earlier, the camera is equipped with video digital image stabilisation (VDis) technology which prevents the shaking of videos while capturing. With the release of the Galaxy A8 (2018) and A8 Plus (2018), we’re bringing our customers’ favourite features from our flagship smartphones, such as the Infinity Display and our first Dual Front Camera with Live Focus, to our Galaxy A series, which is already known for its premium design. The Galaxy A8 (2018) and A8+ (2018) exemplify our continued dedication to meeting the needs of our consumers by providing them with greater choice and convenience.

Right now, there is no official announcement regarding the price of both the handsets, however, the availability is expected to be from early January 2018. There will be four colours in which the Galaxy A8(2018) and A8+(2018) will be made available including black, orchid grey, gold and blue.