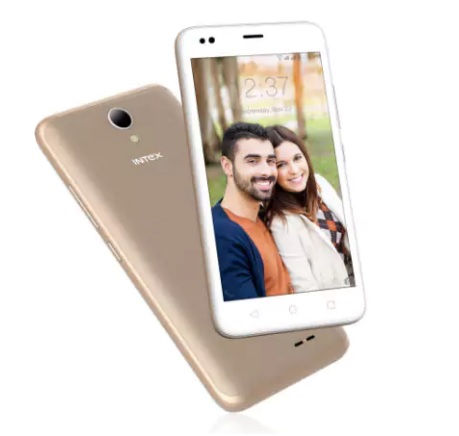 This phone will be directly competing with Xiaomi Redmi 5A (2GB RAM / 16GB Storage Variants) priced at Rs 4,999. The smartphone has 1 GB RAM and 8 GB of RAM. The handset will work on the Android 7.0 operating system. It uses a 64-bit quad-core MediaTek processor, with the highest clock speeds of 1.3 GHz. The company claims that users will not only play high-level games on its own, but it is also possible to use the phone in an easy way to watch videos and multitasking.
This handset with dual SIM support has 2200 mAh Li-ion battery, which has been claimed for 5-6 hours of talk-time. It has been said that the phone is capable of staying in standby mode for 8-10 days after the full charge.
Nidhi Markandey, director of Intex Technologies, said:

We wanted to start 2018 by gifting consumers something memorable and so came up with the lowest priced smartphone in the popular 5-inch segment in the market. Aqua Lions T1 Lite, part of our most successful Lions series, is a completely feature packed offering for ubiquitous users who appreciate value driven products. Intex’s in-house Value-Added Services embedded in Lions T1 Lite will add to its cool quotient and will surely be a delight for all.

For photography, a 5-megapixel primary camera is provided at the rear of the handset. On the front, there is a 2-megapixel camera in front, which comes with Beauty Mode, Panorama, Burst mode and Flash. Apart from this, this smartphone will come with Intex Value Added Services, which includes LFTV, DataBack and Prime Video. From the LEFTY, the infinite can be enjoyed in the single swipe.
Also Read: Here Comes the Grey Colour Honor 9 Lite, to Go on Sale From February 6
Databack has claimed that users can save 500 MB of data every month. Prime Video has said that through this, user-friendly videos will be able to download the movie. 8 GB ROM has been given in Aqua Lions T1 Lite, which is possible to be increased to 64 GB.
A small language service has also been added to the phone, which supports dialogue in 21 regional languages including Hindi. Phone – Royal black, steel grey and champagne will be available with colour option.