Home News Mobile Nokia 5 is Now Available for Rs 12,499 and Nokia 8 for...
Facebook
Twitter
Pinterest
WhatsApp
Just ahead of the big tech event, Mobile World Congress (MWC) 2018, HMD Global has made a strategic move by slashing the price of its mid-range Nokia 5 and premium phone Nokia 8. The Nokia 5 3GB RAM model is now available at Rs. 12,499, while the Nokia 8 64GB is now available for Rs. 28,999. 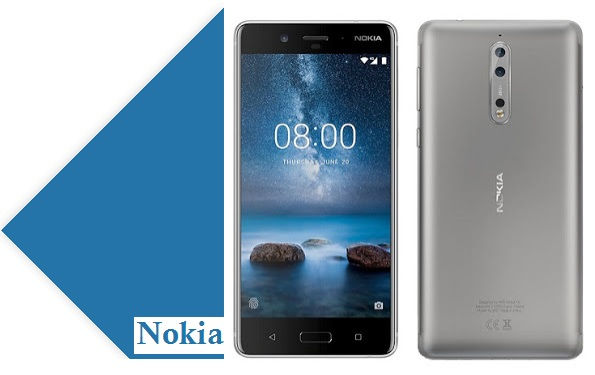 Nokia 5 was launched in last November in India at a price tag of Rs. 13,499 and the Nokia 8 was launched in the county in last August at Rs. 36,999. So, it’s a big discount as far as the Nokia 8 is concerned. Amazon India has started selling both handsets at the discounted price, however, Flipkart was selling at the old price at the time of covering this news.

To recall, HMD Global has been licenced the Nokia brand for mobiles and is all set to unveil a new range of Nokia mobiles at the MWC 2018 event which is just around the corner.

Android 7.1.1 Nougat running Nokia 5 is a dual-SIM budget smartphone that comes with a 5.2-inch HD (720×1280 pixels) IPS LCD display protected with 2.5D Corning Gorilla Glass. It is driven by an octa-core Qualcomm Snapdragon 430 SoC, paired with 3GB of RAM.

In terms of imaging, the Nokia 5 features a 13-megapixel rear camera equipped with PDAF lens and dual-tone flash, while on the front there is an 8-megapixel autofocus snapper. The internal storage is 16GB, which is further expandable via microSD card (up to 128GB).

Also Read: How Good is Nokia 7 to Stand Against Oppo, Vivo and Xiaomi?

The Nokia 8 is a premium flagship smartphone that was running Android 7.1 Nougat, but as per promised by the company has now started receiving Android 8.0 Oreo. The handset features a 5.3-inch QHD (1440×2560 pixels) IPS panel that is protected with the same 2.5D curved Corning Gorilla Glass 5 as seen in the Nokia 5.

Under the hood, it comes with an octa-core Qualcomm Snapdragon 835 chipset and 4GB of RAM, along with 64GB of internal storage which supports expansion via microSD card (up to 256GB) via a hybrid dual-SIM configuration.