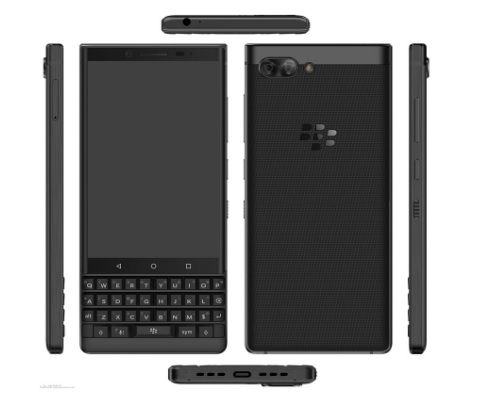 According to a new leak from the State Intellectual Property Office of China (SIPO), the BlackBerry Athena is the new BlackBerry smartphone with dual cameras. It follows the rectangular slab design of the KEYone, therefore it’s said to be the KEYone successor.

Also Read: Have a Look at The Newly Launched Nokia 7 Plus Smartphone

The handset features the signature QWERTY keyboard and the Convenience key is now in the middle of the right side, instead of being on the left like on the KEYone. A grill speaker houses at the bottom along with the USB-C charger port, however, the 3.5 mm headphone jack is on the top.

As mentioned earlier, there are two cameras at the rear, but there is only one selfie camera on the front. As far as the internal hardware is concerned, the BlackBerry Athena is said to be powered by the Qualcomm Snapdragon 660 SoC, with whopping 8GB RAM + 64GB storage. It is expected that the smartphone will come in 6GB RAM variant as well.

Asus Zenfone 8 Along With Its Flip Variant Announced