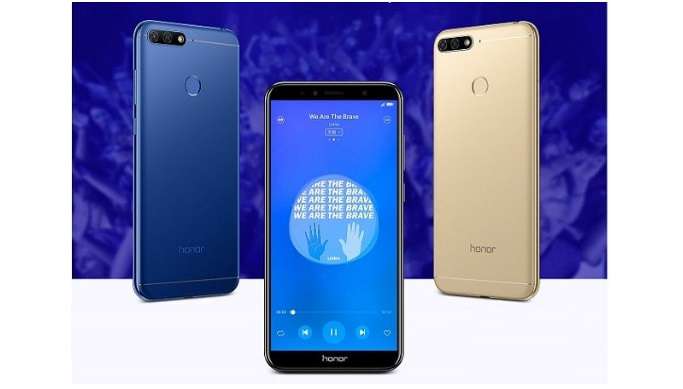 Huawei’s Honor brand launched its latest budget smartphone Honor 7A in China on Monday. This handset comes with stereo speakers and an 18:9 display, despite an affordable smartphone. It’s worth mentioning that this is an upgraded version of Honor 6A launched last year. The new Honor 7A also has the Snapdragon 430 processor and comes in different variants based on RAM and storage.

The Huawei Honor 7A smartphone runs Android 8.0 Oreo with the company’s EMUI 8.0 on top. It is a dual-SIM (Nano) handset and sports a 5.7 inch HD + (720×1440 pixels) IPS LCD display. The aspect ratio of the screen is 18: 9. The octa-core Qualcomm Snapdragon 430 processor is used in the device. As we said earlier, the user will have the option to choose between 2 GB or 3GB RAM. Adreno 505 GPU for graphics and 3000 mAh battery is also given on the phone.

Talking about the camera, the Honor 7A (3GB RAM variant) has two cameras on the backside. The user will get a combination of a 2-megapixel and a 13-megapixel sensor. It houses a single camera of 13 megapixels in the 2GB RAM variant. Both cameras come with AI features and image blur capability. Both phones have a selfie camera of an 8-megapixels. Inbuilt storage is 32 GB, and it is possible to use the MicroSD card up to 256 GB if needed.

The handset’s connectivity features include Micro-USB, Wi-Fi 802.11b / g / n, Bluetooth 4.2, GPS, GLONASS, and 3.5mm jacks. Gravity sensor, proximity sensor, fingerprint sensor, and face unlock are part of this phone. The dimensions of the handset are 152.4x73x7.8 millimeters and weighing 150 grams.

Price and Availability of Honor 7A