E-tailing: COD is expected to remain stagnant at ~50% as the focus of the industry shifts to Tier-II+ cities 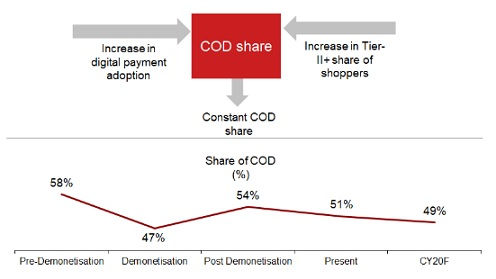 The share of COD which was impacted due to demonetisation and stabilized post it is expected to remain stagnant. Though there has been an increase in the adoption of digital payments, there has also been a shift of focus of e-tailers towards the Tier-II+ cities. These two situations are set to cancel out the effect of each other resulting in the share of COD being stagnant.

OTA/Hotel Aggregators: Daily Fulfilled Room nights for OTAs in India are between 90-100k 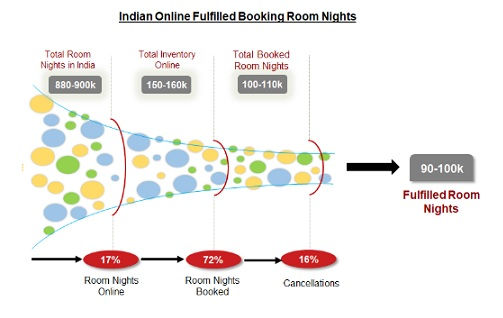 The Indian Hotel inventory is current 17% online; and 72% of the rooms available get booked online. Growing internet user base and increasing penetration of smartphones is driving the online hotel market. The OTAs have been able to solve customer problems better and more efficiently compared to offline. Though the ARRs of the online bookings are lower, the OTAs are able to provide much better occupancies resulting in the overall value addition to the ecosystem. 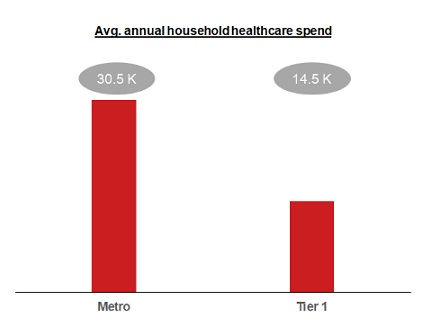 The amount of money spent on healthcare by households every year is more than double in metros than it is in the tier-1 cities. Within metros, Delhi-NCR spends the most while Kolkata spends the least. While in the tier-1 cities Amritsar spends the most and Coimbatore spends the least. Households spend the highest amount of money in medication followed by consultations and diagnostics spend. The med-tech players thus target the metros with online medicine delivery having the highest market size. 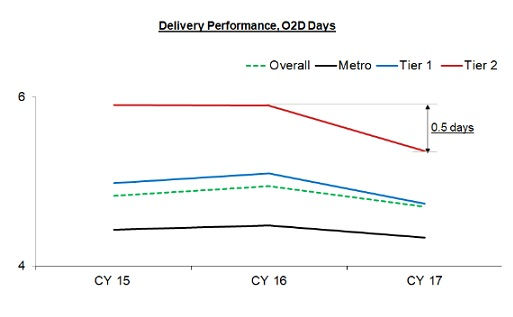 India to Reach 500 Mn Internet Users Milestone This June – What’s Next for India?