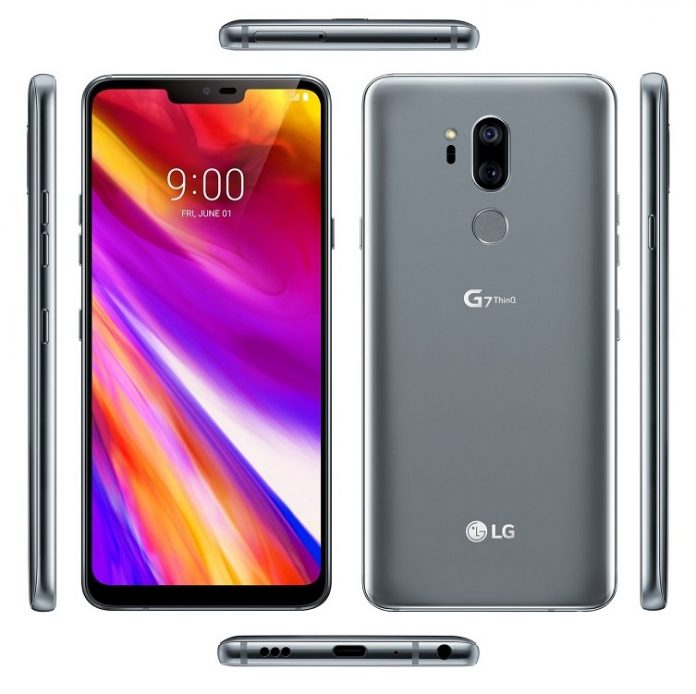 After it was confirmed that the LG G7 will be named G7 ThinQ and several leaks, a new set of images have emerged on the internet showing every side of LG’s G7 ThinQ. This new leak has surfaced just ahead of the next week’s launch event of the handset. 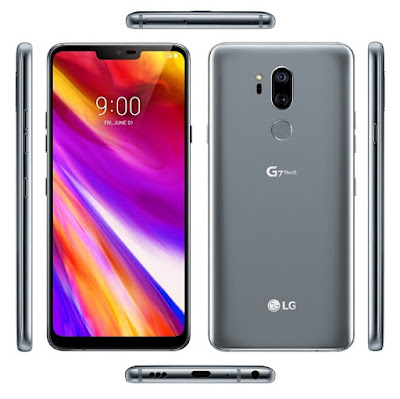 Evan Blass, the serial leaker of devices via Twitter posted these images of G7 ThinQ showing the front, back, top and the bottom of the smartphone. These pics are so clear that we can see almost every detail on the handset. Now let’s move ahead and learn about the device.

Starting with the colour of the G7 ThinQ. The handset appeared in the silver/gray colour with not much shine giving it a premium look. Coming to the front, the first thing we notice is the full-view display with the controversial notch. The front camera, in-call speaker, light and proximity sensors sit under the notch.

The market is being flooded with smartphones featuring the display notch and now it has become the hot topic of discussion if the companies should use it or not? The display notch was first seen in the iPhone X, later we saw in the Oppo R15, Vivo V9, Vivo Apex Concept, etc.

The upcoming OnePlus 6 will also feature the display notch. A few days back, OnePlus also announced that it will launch the OnePlus 6 Avengers Infinity War Edition in India.

There is a dual camera setup in a vertical module at the rear along with LED flash. Just below the camera, you’ll find the fingerprint sensor, but this time LG is not using as the power key. Instead, the power key now positioned on the upper right edge of the body.

The volume up, volume down keys are on the left edge accompanied by a new key – which is speculated to being a dedicated Google Assistant shortcut. We’ve seen this type of dedicated virtual assistant key in Samsung devices which activates the Samsung’s Bixby assistant.

The SIM/micro SD card tray is housed on the top edge, while the bottom edge gives us the 3.5mm headphone jack, and a USB-C port next to a loudspeaker grille.

We want to know the valuable opinion of our readers, so just go ahead and let us know in the comments what you guys think of the G7 ThinQ now based on these leaks?