A new set of images have been leaked revealing the front and back side of the Huawei’s upcoming smartphones, 2018 versions of Huawei Y3, Y5 Prime, Y6. However, there is no other information have leaked except the images which you can see below. These have been leaked by the serial leaker, Evan Blass.

The Huawei Y3 is the entry-level budget handset with a simple design. The material looks like a plastic with a metal finish design. The side bezels are narrow and there is no fingerprint sensor. Buttons, which include volume and power are on the right side.

On the front, there is selfie sensor and earpiece, while on the rear a single camera sits along with a flash and small speaker grill.

The Huawei Y5 Prime seems to be the upper mid-range handset with narrower bezels as compared to the Y3. It also houses a single camera at the rear in a horizontal design along with LED flash. Fingerprint scanner has been omitted too in this smartphone.

The buttons are on the right side and on the front there is a selfie camera. 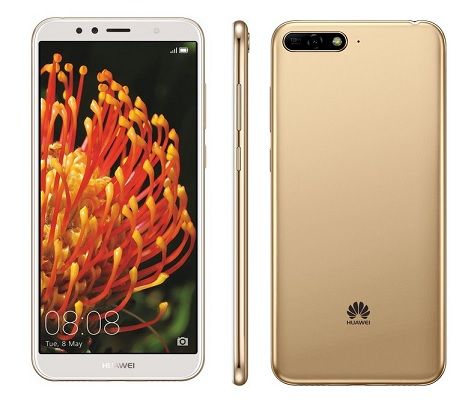 Coming to the Huawei Y6 (2018), it seems to be the premium model as compared to the other two models. The design is sleek and the build quality also looking premium. The rear camera is housed in a horizontal position with LED flash. It’s a 13-megapixel camera, as written on the camera module.

The operating system is said to be the Android 8.0 Oreo with EMUI 8.0 skin on top.