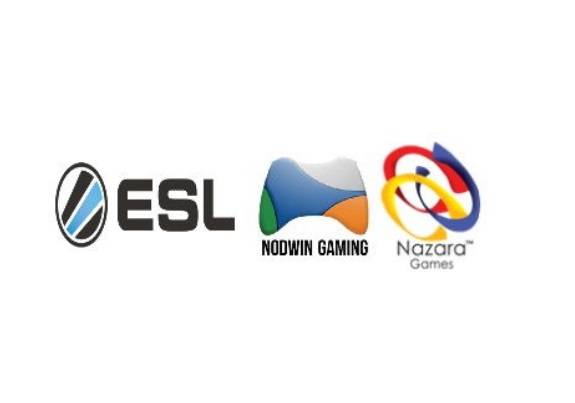 NODWIN and ESL, aim to develop the esports ecosystem to enable competitive online & offline gaming, create localized leagues and cups and give a massive boost to the creation of world-class esports athletes and players emerging from the Indian ecosystem.

Akshat Rathee, Founder & CEO of NODWIN says, “Since the very beginning, The ESL India Premiership has emphasized the three facets of Quality, Legitimacy, and Excellence. The championship provides an all-round experience for both gamers as well as the viewers. Also, we believe that 15% of the participants in the OMEN by HP ESL India Premiership 2018 will come from other countries! With a prize pool of 1 Crore (₹10 million), in 2018, we aim to provide a platform for our top teams to compete globally and we aim to break new records and locate newer outfits and talents from India.”

Ralf Reichert, CEO, ESL was quite elated and mentioned “We are incredibly proud to help foster the Indian esport community. Esport is the sport of the digital generation. We believe the ESL Indian championship is the stage to find the best athletes in India and a stepping stone for the global competitions.”

Commenting on the partnership, Neelima Burra, Country Marketing Director, HP Inc. India said, “Esports is becoming popular among millennials who love gaming and our association with ESL has helped make OMEN by HP one of the top gaming brands in India. We are excited to take this partnership to the next level and we believe our recent launch of the OMEN X gaming range will provide gamers with an experience like never before. We intend to continue to bring key innovations to performance, design, and customizability to give gamers a competitive edge.”

The OMEN by HP ESL India Premiership 2018 will include year-long tournaments for the games of Counter-Strike: Global Offensive, DOTA 2, and Clash Royale. Inspired by its predecessors, OMEN by HP ESL India Premiership 2018 is continuing with the three-season, open league format. But, there are a couple of minor changes to this structure. The Master League will now host 12 participants instead of the original 8. Similarly, the Challenger Cup will follow a double-elimination format. Finally, the Starter Cup will be limited to 128 participants, chosen on a first-cum-first-serve basis.

“We are extremely glad to partner with ESL India Premiership for the third consecutive year since its inception. This association has helped us redefine professional gaming as a sport in India and we are happy to continue supporting the tournament with the HyperX peripherals. This, we believe, would give the pro gamers a right setup to play to their full potential,” said Mr. Vishal Parekh, Marketing Director, HyperX India. He added, “With our aim to build a healthy gaming ecosystem, we look forward to a successful and competitive tournament.”

OMEN by HP ESL India Premiership 2018 aims to provide a bigger and better experience as it develops the Indian esports scene and provides gamers with an exciting year-long tournament. With a massive prize pool and a challenging format, the Premiership unleashes a new era in Indian esports. The Premiership also looks forward to identifying new talent and promising teams in the domestic and regional scenes.