Home News Mobile Samsung Galaxy J2 Pro is a Smartphone With No Internet Connectivity, Launched...
Facebook
Twitter
Pinterest
WhatsApp
South Korean electronics giant Samsung has launched a new smartphone in its homeland, the Samsung Galaxy J2 Pro. The highlight of the handset is that it does not have internet connectivity in any form such as 2G, 3G or Wi-Fi. It is aimed at college students and senior citizens who are sensitive to data charges. 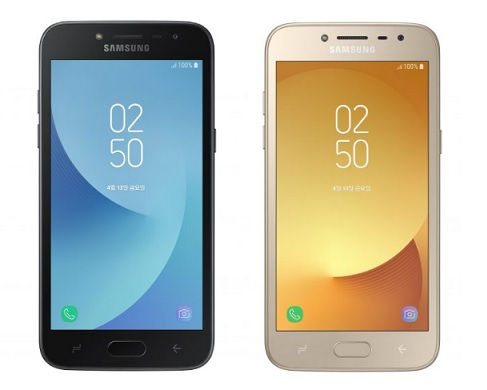 This entry-level smartphone supports basic usability such as phone, message, and camera said Samsung in a statement. It can be used for foreign language learning by incorporating the mobile electronic dictionary application ‘Diodic 4’ which supports Korean, English, dictionaries along with data block.

It features a compact 5-inch qHD Super AMOLED display and powered by 1.4GHz quad-core processor along with 1.5GB of RAM and 16 GB of inbuilt storage which is further expandable via microSD card.

The handset houses an 8-megapixel rear camera along with a 5-megapixel front camera to capture your memorable moments. Interestingly, the Samsung Galaxy J2 Pro has a user replaceable 2600mAh battery. The Android version it is currently running is not known yet.

The smartphone is now available to buy in Korea for 199,100 KRW (Rs 12,140) in two colour variants — Black and Gold. Samsung has not said anything about the international availability of the device.