Home News Mobile The Panasonic P101 Has 18:9 Display, Priced at Rs 6,999
Facebook
Twitter
Pinterest
WhatsApp
Panasonic launches its second smartphone with 18:9 display in the Indian market. We are talking about the Panasonic P101. The company has informed that this handset is for the budget segment user. 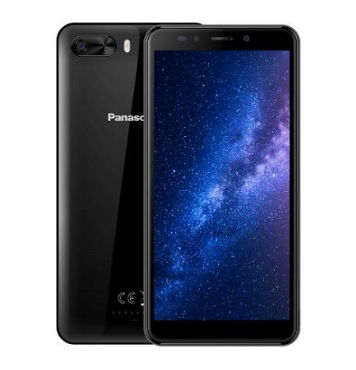 Talking about the key specification, the user will get 1.3 GHz quad-processor, 8-megapixel rear camera, smart actions and 5.45-inch display in Panasonic P101. It has been reported that the sale of Panasonic P101 has begun on Tuesday and this is available in Sangeeta Mobiles Retail Store.

Android 7.1 Nougat running Panasonic P101 is a dual-SIM device which features a 5.45-inch Big View IPS display. There is a 2.5D curved glass on it which gives a premium feel. The handset uses the quad-core MediaTek MT6737 processor clocked at 1.3GHz, along with 2GB of RAM.
Talking about camera setup, Panasonic P101 houses an 8-megapixel autofocus rear camera equipped with LED flash, while on the front there is a 5-megapixel sensor with LED flash. The smartphone’s inbuilt storage is 16 GB, and it is possible to use the MicroSD card up to 128 GB if needed.
Panasonic P101’s connectivity features include 4G VoLTE, Wi-Fi, Bluetooth, GPS, AGPS and FM radio. Accelerometer, proximity sensor, compass and ambient light sensor are part of this handset. The smartphone also includes a 2500 mAh battery. The dimensions of the handset are 148.8x72x9.1 millimetres and weighing 145 grams.
Also Read: Review of Vivo V9: Is it Worth Buying?

The price of the Panasonic P101 handset is Rs 6,999. Under the launch offer, 60 GB of data is being given from Idea to the user taking new Idea connection with the new smartphone. For this, the user has to recharge Rs 199. If you do this, you will get 10 GB extra data with a validity of 28 days. The advantage of this offer can be taken 6 times. Additionally, cashback of Rs 2,000 for the user is also offered by Idea.