Home News Mobile ZTE A530 Launched in China, a Budget Smartphone Running Android Oreo
Facebook
Twitter
Pinterest
WhatsApp
Without much hype, mobile manufacturer company ZTE is reported to launch ZTE A530 smartphone in China. The price of this handset is 799 Chinese yuan (about 8,000 rupees). However, the company has not officially made any announcement about it. These information has been revealed by a Twitter user.

The smartphone is also listed on the ZTE online website, but the buying option is currently unavailable. 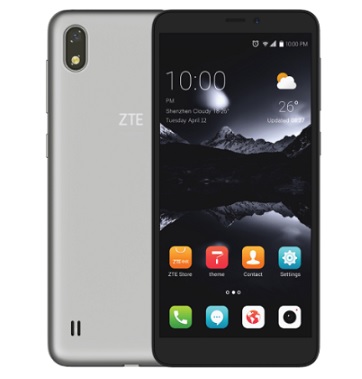 Specifications of ZTE A530 smartphone

Talking about the key feature, the new ZTE handset comes with a display of 18:9 aspect ratio. The handset will be made available in Silver colour and 2GB+16GB model. At present, there is no information regarding the launch of this smartphone in India.

Looking at the camera specifications, the price of the handset is shocking. The user will get a 5-megapixel rear camera and the front camera sensor is 2-megapixels. To give power to the handset there is a 2660 mAh battery. Seeing the low inbuilt storage, the company has given the support for MicroSD card. Its connectivity features include 3.5mm audio jack, micro-USB port, Bluetooth 4.1, 4G LTE support and dual VoLTE.