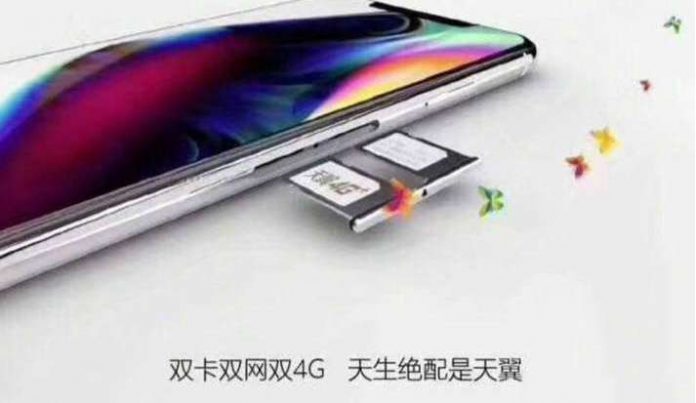 As we know, Apple should finally introduce the new 2018 iPhone series to the world soon. Because of this, several rumors and leaks about the three models started to increase, and over the weekend we showed the possible names of the devices.

Now, Chinese operators have ended up leaking very important information. For the first time in history, an iPhone will be dual-SIM. China Telecom has published a series of promotional images on its Facebook and Weibo showing that Apple will really bet on this specification for the model known as iPhone XS Lite or iPhone XC.

Check out below the leaked poster of China Telecom with dual-SIM iPhone:

As we know, this device with support for two chips was already the target of some rumors. However, to date, we have not yet had any official statement from Apple or from the operator confirming the feature in the model which tends to be cheaper and have a 6.1-inch LCD screen.

For now, despite China Telecom leaking the information, Apple has yet to comment on the matter. Even so, it seems, this early disclosure was the trigger for other local companies to also start releasing promotional materials.

Thus, China Mobile also entered the game by publishing another image indicating the launch of an iPhone with two chips for the local market. Because of that, now we just have to wait for the official launch of the 2018 iPhone series that should happen this Wednesday (09/12).