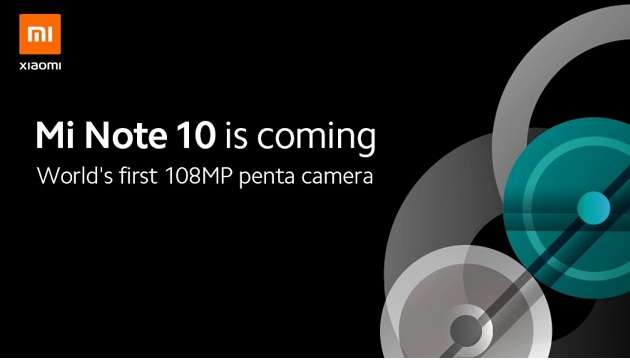 It was in the news for the past few days that Xiaomi is planning to bring back its Mi Note series, and now the company has officially confirmed that the Mi Note 10 is coming soon. Today, Xiaomi released the teaser for Mi Note 10 revealing that it’ll come with a 108MP camera Penta-camera setup.

Now it’s confirmed that the handset will be the first smartphone to adopt a Penta-camera module with a resolution of 108MP. Check out the official tweet below:

It’s worth noting that HMD Global has already used the Penta-camera setup in its Nokia 9 PureView handset. However, the main camera is only a 12MP sensor. Along with the teaser about the Mi Note 10, Xiaomi also released another smartphone teaser on Weibo for the Mi CC9 Pro which will also come with a 108MP camera sensor.

It is being speculated that the Mi Note 10 could be the international variant of the Mi CC9 Pro because both handsets will have identical specifications. However, it is also being said that there can be a difference in processors on both phones.