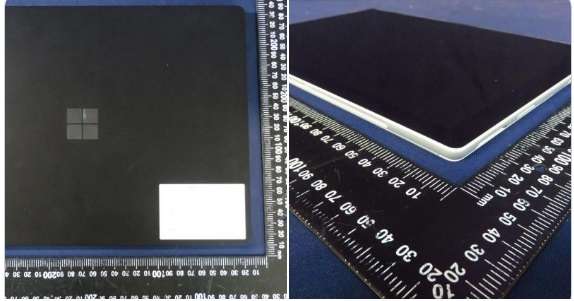 New images revealed on Twitter reinforce what we can expect for the next major devices in Microsoft’s Surface line. Surface Pro 8 and Surface Laptop 4 appearing in photos strengthening that, once again, we will not have major changes in design.

In two new photos taken by the user @cozyplanes and published on Twitter, we see that the Surface Pro 8 in the first image should not bring major changes in relation to the existing model, since cutouts on the body for the Surface Connector, USB-A, and USB-C remain in exactly the same positions.

In the second photo, of the Surface Laptop 4, we see only the cover in black color of the notebook with the glossy and reflective Microsoft logo in the center, with no information about ports or connectors. Check out the tweet below:

Unlike previous years where Microsoft presented in October most of the main models of the Surface line at its traditional October event dedicated to hardware. This year the company was much more nervous when presenting only the updated Surface Laptop Go, Pro X, and some accessories.

The new Surface Pro 8 and Laptop 4 are ready to be announced in mid-January 2021, and with the proximity to the updated release date for the new Microsoft devices, more details begin to emerge.

Rumors point out that both models will reach the market with an Intel Core 11th generation processor with support for Intel Xe graphics, with the Surface Laptop 4 being able to be launched in another variant with a Ryzen 4000 chip customized in partnership with Microsoft.