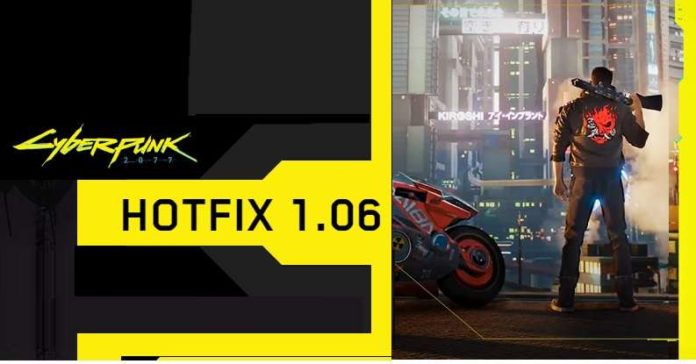 CD Projekt Red releases the Cyberpunk 2077 Hotfix 1.06 update. Cyberpunk 2077 was one of the most anticipated games of the year. Very ambitious, the title presents a variable and complex history, a high level of immersion, beautiful graphics, and a detailed city. But found itself the victim of tight deadlines with an endless presence of bugs and versions for PS4 and Xbox One falling short than expected.

Amid a sea of ​​chaos due to problems, the developer CD Projekt Red promised to work tirelessly to solve the flaws of his new game, and today released a new patch 1.6 of fixes. The update is now available for download on consoles and PCs. It improves crucial points that have caused serious headaches to players.

According to the update notes, we have fixed a flaw that caused the character Dum Dum to disappear from the entrance of the Totentanz club during the Second Conflict mission.

It is worth remembering that the problems of Cyberpunk 2077 led Sony to remove the game from the PlayStation Store and offer refunds to buyers, something that is outside the policies of the Japanese online store. The game is still available on the Xbox Store, but it also has a greater commitment from Microsoft in its refund system.

Resident Evil Re: Verse Open Beta Can Now be Downloaded on PC