Huawei is prepping to launch a new mid-range phone, Huawei Mate 40E which should bring a design similar to that of Huawei Mate 40. Announced a few months ago, the Mate 40 considered a true sales success in China. Now the company is aiming to reach a large number of consumers with options for all budgets.

A new leak reveals some details about the Huawei Mate 40E. The phone was found with model OCE-AN00 in the database of the Wireless Power Consortium (WPC). Generally speaking, this phone has a design identical to that of the traditional Mate 40. The rear has the same circular camera module with three lenses. The screen is a 6.5-inch OLED with FHD resolution. See the image of the device from different angles below. 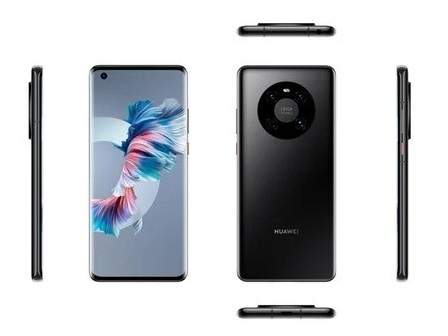 Apparently, the biggest difference between Mate 40 and its sibling Mate 40E will be only the processor. That’s because both use Kirin chipset, but the first has the 9000E and the second can come out of the box with Kirin 990E or even 990 5G.

The phone should be sold with 6 GB, 8 GB, and 12 GB of RAM options that go up to 512 GB of internal storage. The main camera will be 50 MP, while the others are 16 MP wide-angle and telephoto with another 8 MP.

Finally, the battery has 4,100 mAh, there is a fingerprint reader under the display, and also Android 10. When it comes to possible launch prices, Huawei has not yet officially commented on the matter.