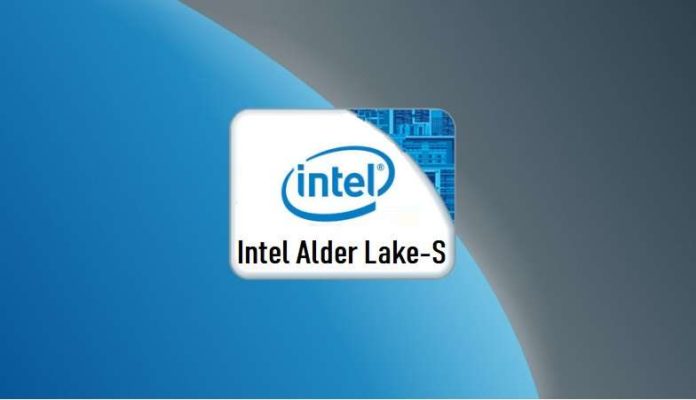 Intel has been working to regain its market share with its next processor families. The first to be confirmed is the 11th generation Rocket Lake-S series, which uses the new Cypress Cove cores and has proven to be very promising in recent leaks. However, it must be with the 12th generation Intel Alder Lake-S that Intel will bring extremely competitive chips.

Considering the long-awaited debut of 10nm lithography on desktops, in addition to a curious hybrid approach that the manufacturer intends to address. There are no official details yet, but the leaks have already given us an idea of ​​what to expect.

Following an approach similar to that seen in ARM chips, Alder Lake processors will feature high-performance cores and low-power cores, which should be used in a slightly different way. Both sets would work together for the “evolution” of Hyper-Threading, now called “Hybrid Threading”. The simplest cores would be responsible for assisting the most robust in different tasks.

The newest leak, again from leaker Tum Apisak, discovered the first result of a testing unit on one of the Intel Alder Lake-S.

The presence of 16 cores and 24 threads stands out, which reinforces the approach of Hybrid Threading. The correct division would be 8 cores and 16 high performance Golden Cove threads, associated with 8 cores and 8 low consumption Gracemont threads. 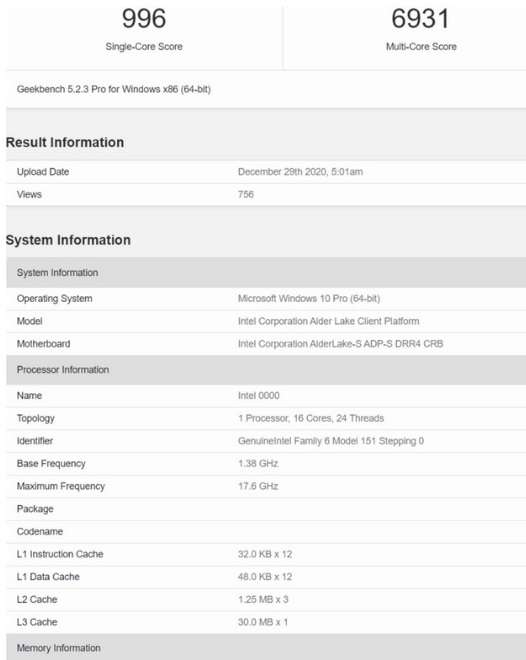 Still, in the early stages, the processor seems to achieve low clocks of 1.4 GHz. But the record of maximum clocks of 17.6 GHz indicates that the benchmark is not yet detecting the speeds correctly. There are also 30MB of L3 cache and 4MB of L2 cache, in addition to 16GB of RAM. Type and speeds not identified yet.

A couple of days back, Intel Core i7 11700K also came up on the Geekench with results surpassing the Ryzen 7 5800X.