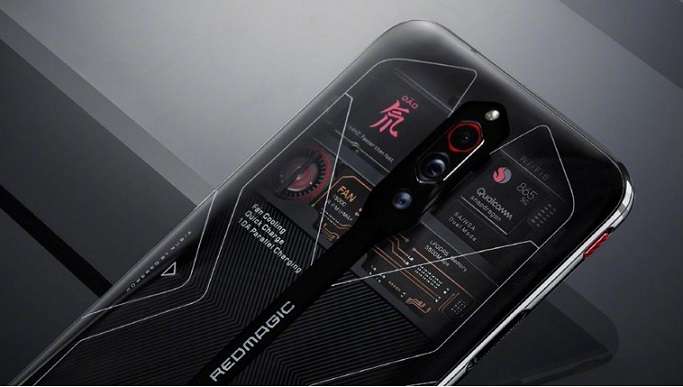 Nubia has given great focus to its line of gaming smartphones. A new phone, Nubia Red Magic 6 is about to arrive which will be the sixth generation. Two new features were confirmed by the manufacturer in teasers this week: the presence of the most powerful Qualcomm chipset to date and an exclusive differential for its back cover.

The Red Magic 6 has been confirmed to be presented with a Snapdragon 888 5G processor. This new SoC is the newly introduced platform by Qualcomm that will equip some of next year’s most powerful flagships.

Another highlight is a video published by the company on the social network Weibo. As you can see below, we see the smartphone with a black back being touched on the side by a person. The action activates the electrochromic region, allowing the opacity of two regions of the panel to change to transparent.

The electrochromic glass technology has already been demonstrated a few months ago by other companies like the Vivo and can even be used in a future Oppo smartphone. For now, the only glimpse of a smartphone ready for launch is Nubia Red Magic 6.

This feature is expected to become popular in the coming years to differentiate smartphones on the market, allowing the rear panel to change color or become transparent, as above.

Even with the few details displayed by the low-resolution video, it is possible to assume that the successor of the Red Magic 5G will arrive with a design similar to the current model, since it is possible to notice reflections in the center of the body, with the flash, two rear cameras in a protruding module and an additional sensor just below.