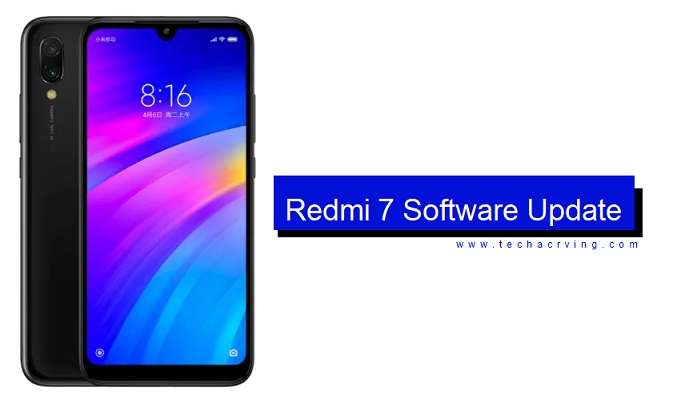 Redmi 7 Android 10 Global Update based on MIUI 11 now rolling out. Some Xiaomi devices have already started to receive the stable version of Android 11, loaded under the customized interface of MIUI 12. Such is the case with Xiaomi Redmi Note 9 Pro and Mi 10 in India, for example. Other devices of the Chinese giant still are stagnant on Android 9 – Pie.

This was the case with Redmi 7, which was launched in the first quarter of 2019 with Android Pie loaded under MIUI 10. Till now it is was among the devices not received a major software update in its global variant. But only now has the company started to expand the release of the operating system to the global variant.

Among the features, the update brings in the new version of the software are some visual optimizations for the dark mode, gesture navigation controls, a new animation of gradient colors for the status bar, as well as several other performances and interface improvements, such as the case of the home screen goes black or flashes after unlocking the phone.

The update comes under build number V11.0.1.0 QFLMIXM and arrives in phases. That is, only a limited number of Redmi 7 users will have access to the new version of the software at first. It’ll be available for more users around the globe soon. The update will be released via OTA and those who already have access to it can download and install the operating system directly through the smartphone settings.

ALSO READ:  Xperia Pro-I is Dedicated to the Content Creators