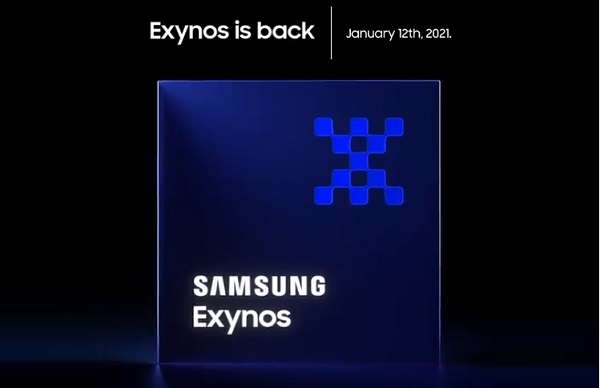 Samsung has already announced the date for its flagship phone launch in 2021, now it has also confirmed the launch date of its new Exynos Chipset, January 12, 2021. The company has released the official teaser on Twitter. However, it still not clear which SoC will be announced.

But, according to a report (rumor) published by SamMobile, it will be the Exynos 2100. Meaning that Samsung is close to being considered one of the best in performance again, something that it has been wanting for some years.

Check out the teaser below:

As seen in the teaser above, Samsung makes it clear with the phrase “Exynos is back”. This may be the company’s strategic planning to deliver what users want in conjunction with balanced quality and price. In addition, in the post, the company revealed that the chips will be made official on January 12, two days before the possible launch date of the Galaxy S21 line.

Although there is no confirmed information about the chip. Everything indicates that the Exynos 2100 will feature ARM cores. With one focused on high performance, three on performance, and four for energy autonomy, totaling eight. Regarding lithography, we’re expecting that the new platform will be developed in 5 nanometers.

Being a significant evolution in relation to the one used in the Exynos 1080 and in the competitor Snapdragon 888. For games and three-dimensional elements in general, the hardware will have GPU Mali-G78.