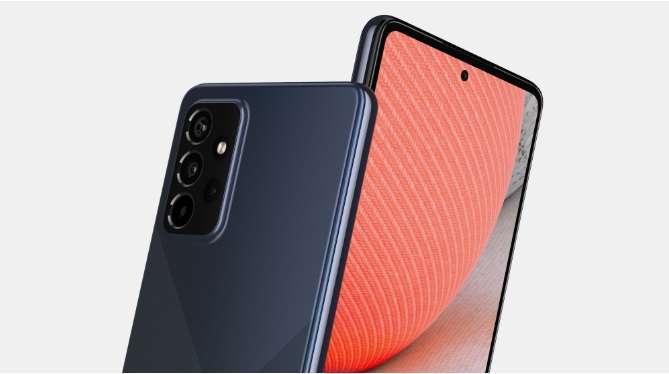 Samsung is preparing to launch several devices by the end of this month and in the New Year 2021. One after another we’re getting renders of these handsets. Now Samsung Galaxy A72 5G appears in the 5K leaked renders.

As usual, shared by the leaker Steve Hemmerstoffer (@OnLeaks), the new images of Galaxy A72 5G gives a complete look at the handset. Steve recently shared some of the exclusive renders of the Samsung Galaxy S21 5G and Galaxy A52 5G.

The Samsung Galaxy A72 5G might comes with a 6.7-inch flat display featuring a single punch hole for a selfie camera. Samsung calls this an Infinity-O panel. At the rear, we’ll get a quad-camera setup enclosed within a large rectangular bump.

Previously, it was speculated that the handset will sport a Penta-camera system, but now it’s confirmed by sources to have four rear cameras.

Steve further revealed that the phone measures 165 x 77.4 x 8.1mm (9.9mm with the rear camera bump). The Galaxy A72 5G offers a 3.5mm headphone jack which I personally think is a good option.

This phone may arrive early next year. We’ll also see the launch of the flagship Galaxy S21 series launch on January 14, 2021.