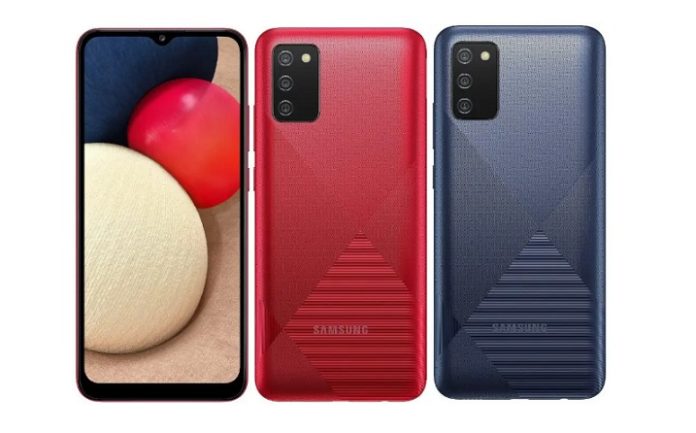 A few days after appearing on the Google Play Listing, the Samsung Galaxy M02s launched in India. The phone comes with a big 6.5-inch display, 5000 mAh battery, and triple camera setup at the rear. However, being a budget phone, the M02s comes with a plastic back.

The phone is driven by the Snapdragon 450 SoC supported by up to 4GB of RAM. The triple rear camera consisting of a 13MP main sensor, a 2MP depth sensor, and a 2MP macro lens, while the front camera is 5 MP. The smartphone is powered by a 5000mAh battery with 15W fast charging support.

Samsung Galaxy M02s launched in India will be available soon on Amazon India, Samsung online store, and all major retail stores in India. The price starts at a price of Rs. 8999 for the 3 GB RAM and 32 GB of storage variant. While the model with 4 GB of RAM and 64 GB of storage costs Rs. 9999.