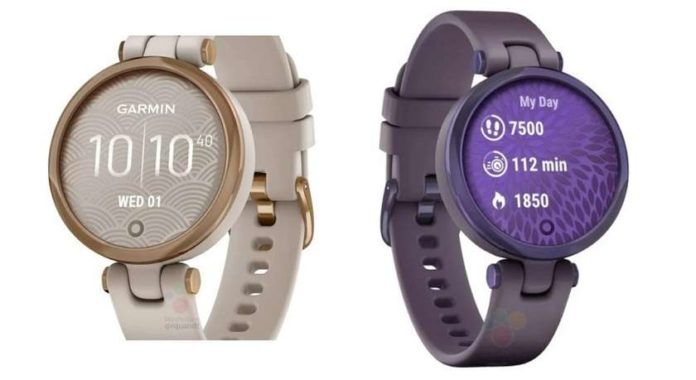 Garmin is ready to bring a series of smartwatches aimed at the female audience. The company, which specializes in GPS, sports, and functional wearables, has not yet officially announced, but in the coming days two new models are expected to be presented, the Garmin Lily Classic and the Garmin Lily Sport.

According to the German tech website WinFuture, this would be the first series of smartwatches aimed exclusively at women. And this happened thanks to small adjustments in design and functions.

In terms of functionality, the two models should not differ significantly, except for the use of metal or fiber-reinforced plastic as the housing material. In dimensions, they must have a box with a diameter of 34 mm and a bracelet with a width of 14 mm.

The display resolution is 240 x 201 pixels with an LCD panel that displays information in white. The watch face is protected against scratches and bumps thanks to a cover that has Gorilla Glass protection. It also has water protection of 5 ATM, or 50m, and has a touch screen.

Apart from the obvious heart rate sensor, Garmin Lily will also have an oximeter, which measures oxygenation in the blood. Connected via Bluetooth and with the GPS function enabled, Garmin Lily can be used in conjunction with the native Garmin app to accurately record routes.

Its battery can give a backup of up to five days. Although there is still no precise information about the capacity of the battery, and it is recharged through a USB adapter. According to information from WinFuture, it will reach the European market with a suggested price of 199 euros.