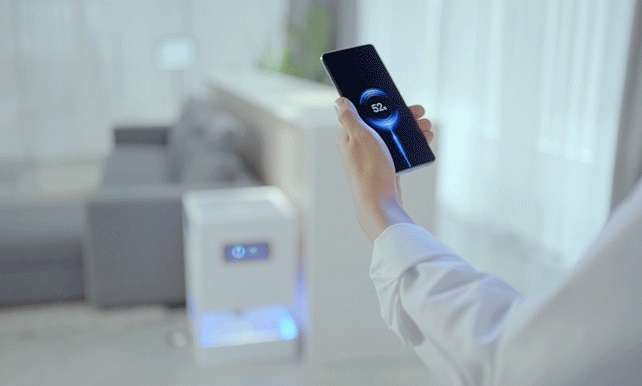 Xiaomi introduces a new technology that skips the use of wire or wireless charging stands in charging electronic devices. This is called the Mi Air Charge Technology, a wireless remote charging system that does not need to be placed with a charger or any cable plugged in.

Chargers like this emit radio frequency at a distance to charge the compatible device. Allows us to charge the mobile phone as well, just be in the range of the charging wave.

This new form of charging enables users to remotely charge electronic devices. With its built-in five-phase interference antennas, the device can accurately detect the location of the smartphone. It uses beamforming technology to send millimeter waves directly to the device.

“We’re excited to bring you the remote charging technology – Mi Air Charge Technology! Charge multiple devices simultaneously while you’re gaming, walking around, or even when something’s in the way, no strings attached. Another giant leap forward in wireless charging technology!”

The compatible phone has two antenna units, similar to those found in the charger, but much smaller. The first is a radio beacon that communicates with the charging station, and the second is a receiving antenna array consisting of 14 antennas that receive millimeter waves that are converted into electrical energy.

Check out below the Mi Air Charge Technology in action:

Xiaomi says that for now, the new charging technology supports simultaneous charging of multiple devices over long distances at a maximum power of 5W per device.

According to Adam Zeng, the new head of Xiaomi’s mobile division, it is planned to recharge wearable devices such as smartwatches and fitness trackers in the future using this new technology.