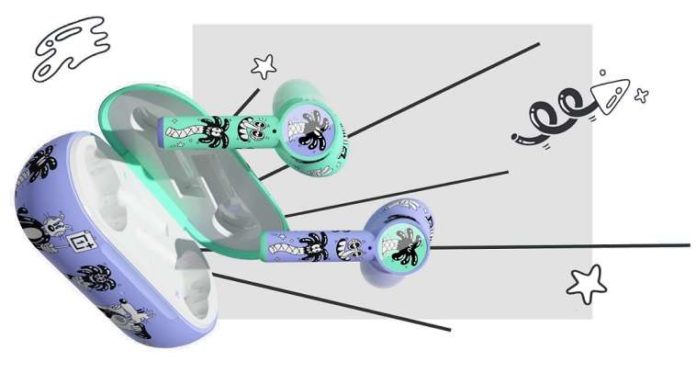 The OnePlus Buds Z is a wireless headset launched in India a few days back. The new model has the same shape, charging case, and design as the original one. However, instead of the already known original white version, the special edition stands out for the combination of the green and purple colors in the headphones and the case, with several illustrations made by Steve Harrington himself.

Among the configurations, OnePlus maintains everything we already know about the original version. Dynamic 11mm drivers with Bass Boost technology for stronger bass, IP55 certification for resistance against sweat and water drops. The capacity of up to 20 hours battery with charging case, and features like Quick Pair and Quick Switch for OnePlus devices.

The new OnePlus Buds Z Steven Harrington accessory is available through the company’s stores, Amazon India, and Flipkart for Rs. 3,699. If you guys are interested just go and buy it from the above-mentioned stores.