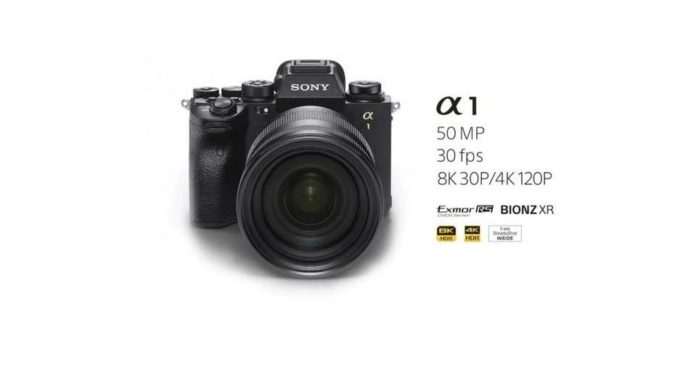 During its event, Sony not only launched the Xperia Pro smartphone but also announced the powerful Sony Alpha 1. Its most advanced camera for photography and video recording to date from the company. With an aim to compete with companies like Nikon and Canon, the brand presents impressive features in its new mirror-less camera.

The Sony Alpha 1 arrives with several highlights and improvements compared to the most powerful models in the A7 line. The electronic viewfinder has OLED technology and a refresh rate of 240 Hz, something impressive that will allow photographers to capture images faster, more accurately, and without delay.

The company also highlights the arrival of the 0 blackout feature, which corresponds to the moment when the camera screen goes out to represent the image capture. With Alpha 1, photographers will not have the “blackout” on the screen to represent the photo capture, just a black frame and, of course, the shutter sound. Another incredible feature that promises to please every type of photographer.

Another huge differential is for the aforementioned calculation of autofocus at 120 times per second, allowing continuous photos taken at 30 fps, 20 fps, or 10 fps to keep the subject or object in focus.

Sony implements the new Exmor RS CMOS sensor with 50 MP and the new Bionz XR image processor which, as stated above, allows continuous captures of up to 30 fps. Such a resolution offers great diversity in photography since professionals can crop the image in post-production while maintaining high quality.

Video recording at up to 8K at 30 fps

The powerful 50.1 MP sensor from Sony Alpha 1 also allows video recording at 8.6K native resolution. It is reduced to 8K to preserve details and provide better recording and image processing capabilities for the camera.

Videos can be recorded in 8K at 30 fps with 10-bit and XAVC HS Long-GOP format. 4K videos, in turn, are reduced from the native 5.8K resolution by the Super 35 mode (this is due to the full-frame sensor), and offer greater frames per second capacity for even greater versatility at 60 fps and up to 120 fps.

Thanks to the new cooling system integrated with the Alpha 1 processor, the camera allows 8K video recording for up to 30 minutes.