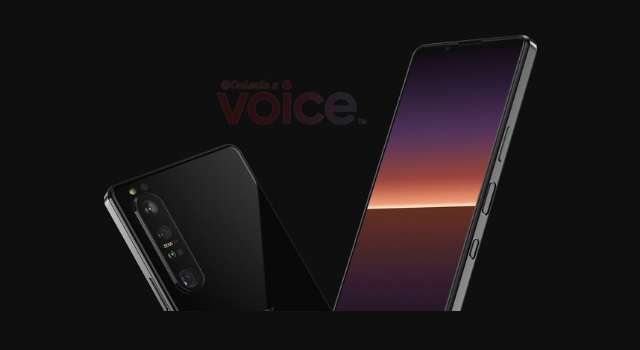 We’ve recently seen the Sony Xperia Pro available for pre-orders and now a new smartphone appears in renders. The Sony Xperia 1 III can be seen in the renders below revealing the complete design.

Courtesy of leaker Steve Hammerstoffer, from the @OnLeaks profile, we finally have the first images of the company’s next flagship, the Sony Xperia 1 III, as well as some details of its hardware. Anyone still waiting for a change in the look of the handset going to get disappointment. Since the new device is practically identical to its predecessor, the Xperia 1 II.

According to the leak, we will have the same 6.5-inch display with a 21:9 aspect ratio and 4K resolution. We can also see the very rare set of stereo front speakers from the old model. The Xperia 1 III is also an interesting choice for those who don’t like carvings and holes in the canvas, since the edges, which are quite thin. Check out the renders.

In terms of dimensions, we have a slight reduction compared to the predecessor. With 161.6 x 67.3 x 8.4 mm (9.6 mm thick considering the camera module). Other highlights include a P2 connector for headphones, support for the 5G network, MicroSDXC card reader, digital reader built into the power button, and a dedicated shortcut button, similar to the recently launched Xperia Pro.

In the camera department, we get a triple camera set at the rear with Zeiss T lenses, in addition to a 3D iToF sensor (no detailed specifications as yet).

Right now, there is no information about when this phone arrives. However, considering the high number of leaks, it should not be long now for news to come.