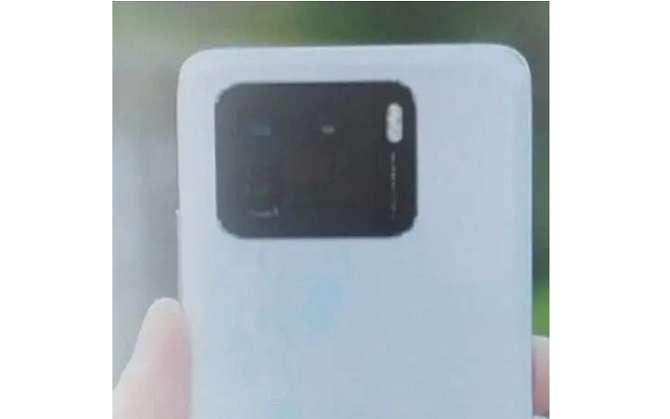 We are getting closer and closer to the launch of the next Xiaomi flagship, the Xiaomi Mi 11 Pro. It’s the powerful variant of the Xiaomi Mi 11. Ahead of the launch, several leaks and rumors surfacing online regarding its specs and launch date. According to some rumors, the device will arrive after the Chinese Spring Festival, which takes place between 11 and 17 February.

However, other rumors already raise the hypothesis that the smartphone may be presented only in March. Now a new leak reveals the rear camera module in a live image (above) of a phone which possibly the Xiaomi Mi 11 Pro.

While an official date is not being released, we continue to look for more information about the flagship. Now, an alleged real image of the device may have revealed the design of its rear, which can confirm that recent leaks are correct.

The image is in low resolution, but you can see that the look of the camera module is very similar to what we saw in a supposed protection case for it a few days ago. In the set, there are at least three sensors for photos and another flash to complete the setup. The image also shows that the Mi 11 Pro module is slightly different from the “normal” Mi 11.

In addition to the images of the next Xiaomi flagship, we have also seen some details that reveal the possible specifications of the device. It may arrive with a 6.81-inch screen, with a resolution of 3200 × 1440 pixels. A refresh rate of 120 HZ and curved edges on its four sides. Like the “common” version, the Mi 11 Pro may come with Snapdragon 888 and options of up to 12 GB of RAM.