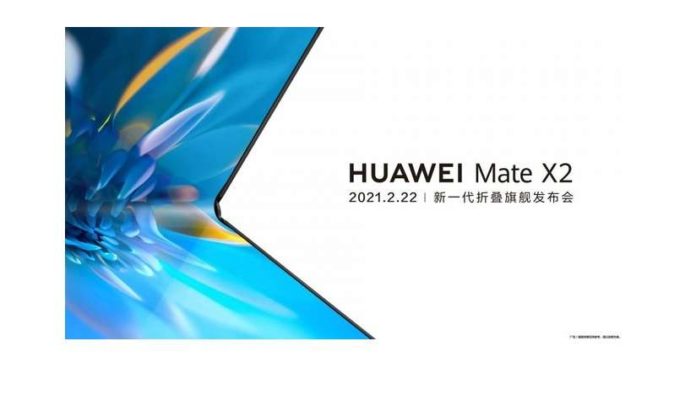 Right now, there are only two foldable smartphones in the market, the Huawei Mate X and Samsung Galaxy Fold. The Galaxy Fold has already got its updated version, now Huawei is also ready to bring the successor to Mate X. The company has released a teaser confirming the Huawei Mate X2 launch date.

Richard Yu, Huawei’s CEO, discloses this news through his profile on the Chinese social network Weibo. The long-awaited Huawei Mate X2 will arrive on February 22. The executive promises that the device “will lead the new smartphone format in the future”. Yu also publishes the image that had leaked earlier, with the release date and a small teaser of the Mate X2 design, which should follow what was seen in the Galaxy Z Fold line.

The CEO of Huawei also confirms a very interesting point that the foldable flagship will be equipped with the powerful HiSilicon Kirin 9000, which debuted last year with the Huawei Mate 40 line. The use of the chipset is surprising, considering that the company only has a pre-made stock of Kirin 9000, due to the end of the production agreement with TSMC due to the sanctions.

So, stay tuned and let us know what you guys think of the Huawei Mate X2 launch.