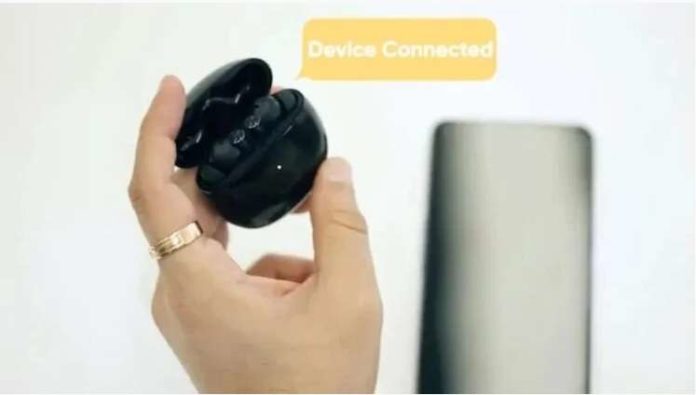 CEO of Realme India and Europe, Madhav Sheth, published a video on his Twitter profile that may have revealed a little of the long-awaited Realme Buds Air 2. It’s a new TWS headset from the Chinese company that we started to see the first reports a few weeks ago.

So far, few details have been revealed about the Realme Buds Air 2. In fact, even its certifications around the world say nothing about the specifications. A few days ago, for example, it was spotted on two different bodies: FCC in China and Indonesia Telecom. In the document, however, only its model number is revealed: RMA2003 (which can also appear as RMX2003, as a general classification).

I enjoy noise-free music which comes in with the Active Noise Cancellation feature.#NoiseOffrealmeOn pic.twitter.com/VUUqnWkBrp

Now, the pair of headphones may have been seen for the first time in a real image. The video shows an accessory with active noise cancellation (ANC) and Transparency Mode (Ambient Sound).

In the video, of course, the name of the wearable is not revealed. However, the appearance of the case is very similar to what is described in the new accessory, while the buds themselves do not appear to be of any model already launched by the company, such as the Realme Buds Air Pro, for example.

In addition, something else may indicate an imminent launch of the wearable. It already appears in the Realme Link app for smartphones, used to pair the Chinese devices.