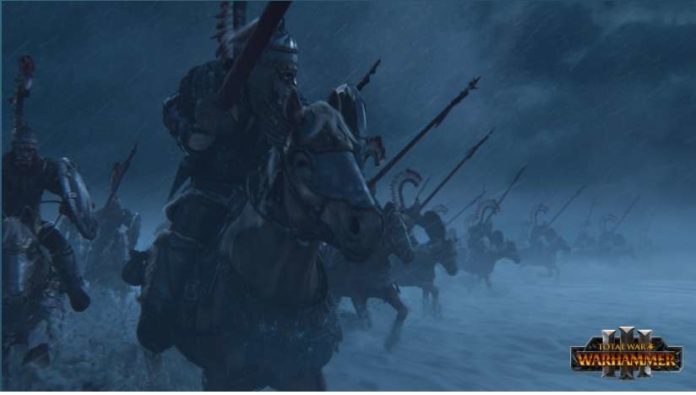 Creative Assembly officially announces the Total War: Warhammer 3 game. The trailer is released and pre-orders are now open for Steam and Epic Games platforms. The sequel to the second title – announced in 2017 – will arrive late in 2021 for PC, with publication by SEGA Europe.

The developers pointed out that elements of the predecessors will appear in the new game, such as races, kingdoms, creatures, and monsters. Chaos factions – Khorne, Nurgle, Slaanesh, and Tzeentch – and places like Kislev and Cathay are confirmed. Watch the new trailer below:

According to the director of the game, Ian Roxburgh, the intention from the beginning was to develop an incredible journey through the world of the franchise. In addition, he points out that the support of the fans was of great importance for the development of the games.

“Our vision, from the start, was to create a series that felt like an incredible journey through this world we all loved.,” said Game Director, Ian Roxburgh. “The enormous support of our players in ensuring the success of the first two installments has pushed our ambition to new heights, and we can’t wait for everyone to experience it.”

“The craft, dedication, and authenticity to the Warhammer world that Creative Assembly has poured into the celebrated Total War Warhammer franchise over the years have been a delight to us at Games Workshop and fans worldwide,” said Jon Gillard, Global Head of Licensing. “Creating and developing the armies of Cathay and Kislev for this project has been a lot of fun for our designers and we’re looking forward to seeing them take to the field in this huge third game in the series.”

ALSO READ:  Hyenas is a New Multiplayer Game From Sega

Total War: Warhammer III is now available for pre-order for INR 3,399. The game can be booked through the Steam and Epic Games platforms, in addition to the official website itself. There is still no specific date for the game’s release.