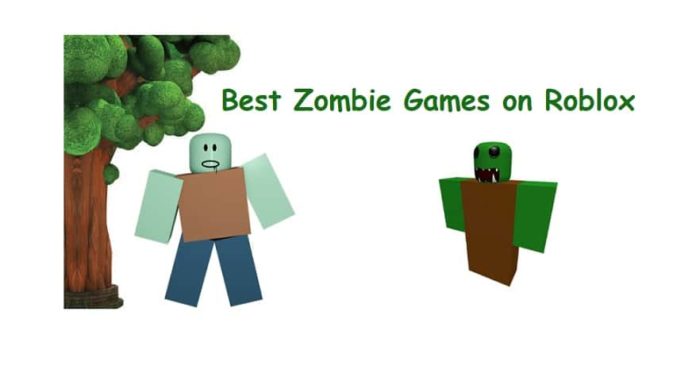 Getting Started – Zombie Tycoon is a Tycoon-style game that tasks you with, you guessed it, running a zombie business. As your empire grows in value you’ll get new tools and perks to aid your cause. For example, if you want more zombies, increase your zombie research lab budget and some more idle zombies will appear!

Once again, your team of detectives will be faced with more baffling murder mysteries! This time, they’ll take place in a new scenario: a sleepy town in South America. You must gather clues and talk to witnesses to solve each case. And don’t forget to keep an eye out for zombies – you never know when you might encounter them! If you want to play as zombies, buy at least one package of a zombie flair before going there.

One of my favorite zombie games on Roblox I’ve played, Recoil Zombies will have you hooked from day one. The basic premise is that your town is overrun with zombies, and you need to survive. From there, there are an infinite number of directions you can take. Perhaps you want to build a city and see how long it lasts. Maybe you want to destroy a town created by someone else, or maybe you just want to make some friends while sniping zombies from across the map with explosive arrows.

Project Lazarus is one of those games that’s not so much fun as it is a hellscape to escape from. It’s an interesting take on zombie survival games: As part of a medical experiment, you awake from cryosleep and have to make your way through 5 different zones with different types of zombies. You can arm yourself with guns (found in crates), but these are few and far between.

ALSO READ:  Diablo Immortal to Get its First Major Update on September 28

If you’re a fan of playing horror games and don’t have time to sit down and watch movies, Zombie High School is perfect for you. This zombie game gives a nod to school shooters, as well as zombie apocalypse flicks. You can play single-player or with your friends against hordes of zombies trying to take over your high school. If you like scary, suspenseful adventure games, then give Zombie High School a try!

This comes last in the list of zombie games on Roblox. Survival is DeadZone Classic’s key mechanic. This game puts you against a swarm of zombies, forcing you to use your best defense skills to survive until an exit door appears. However, there’s a catch: The longer you wait to enter that door, the harder it becomes to do so—which means an increase in difficulty and zombie difficulty as well. If they touch you while playing DeadZone Classic, you lose! So make sure you start heading toward that exit as soon as possible!;