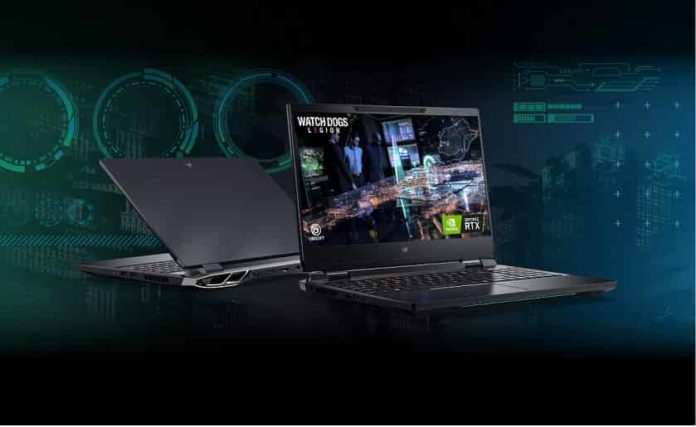 Acer held another [email protected] event to announce the various products. There are new products aimed at gamers, from notebooks to monitors. The highlight is the Acer Predator Helios 300 SpatialLabs Edition laptop.

The Predator Helios 300 SpatialLabs Edition (PH315-55s) is all about raw power for the most demanding gamers. It is focused on providing 3D experiences, without the need for glasses.

The user relies on the SpatialLabs TrueGame app, which activates stereoscopic 3D mode on the device, to bring scene details to life. Objects are displayed in layers, while spaces appear wider. The tool has the role of exploring the three dimensions mind by developers to bring the experience to gamers.

The laptop features a 15.6-inch 2D UHD display, with an optical liquid crystal lens on top, to form a module that can be switched between display types. There are also two fifth-generation AeroBlade 3D fans, with liquid metal thermal grease and support for Acer CoolBoost technology.

The connectivity part has Killer DoubleShot Pro and Wi-Fi 6E, accompanied by an HDMI 2.1 port, a Thunderbolt 4, and two USB 3.2 Gen2. To top it off, Windows 11 is the operating system.