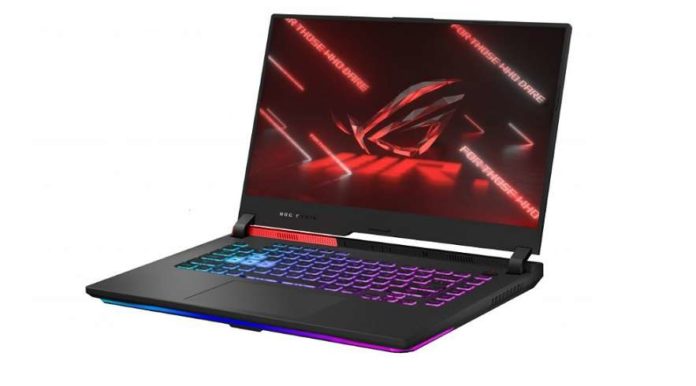 A few days back, AMD presented a series of products for high-performance applications, including the new video cards of the Radeon RX 6000M series that made up one of the most attractive novelties at the Computex 2021 event with the AMD Advantage, its new reference design.

All PC manufacturers must meet a basic requirement to create products under the “Advantage” brand — in short, equip Ryzen 5000 series CPUs in conjunction with the new Radeon RX 6000M series graphics cards. With this, the ROG Strix G15 and G17 notebooks will be the first to display this.

For this, both come with AMD Ryzen 5900HX processor of Zen 3 architecture with clocks of up to 4.6 GHz together with the recent 12 GB Radeon RX 6800M of RDNA 2 architecture, which integrates 2,560 stream processors and power above 145 W.

This combination is particularly important as it allows the use of AMD SmartShift and Smart Access Memory for power-sharing and high-speed GDDR6 memory usage, as well as performing a 15% gain for more complex graphics renderings.

Asus contributes to this powerful hardware with its intelligent cooling system that unclogs the grilles by pushing dust and other particles out of the chassis. ROG Intelligent Cooling allows power frequencies to be more fluid and increase overall device performance, according to the company.

Suggestively, the Asus ROG Strix G15 has a 15-inch display, while the G17 provides another option for those who prefer larger, 17-inch screens. The laptops cover 100% of the DCI-P3 range and support refresh rates of 300Hz or even 165Hz at QHD resolution (1440p), however, the average screen response is 3ms in both settings.

As detailed in its announcement, this hardware can be kept running for more than 11 hours with the 90Wh battery for video playback. Plus fast charging support which, according to the manufacturer, charges up to 50% in just 33 minutes through UBS-C up to 100 W.