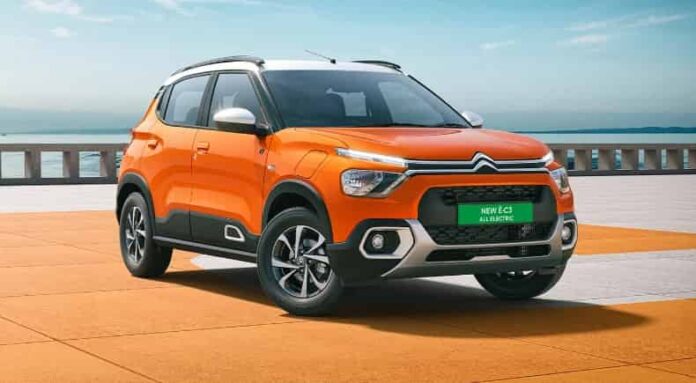 The French automaker Citroën has announced its new electric hatchback in the Indian market, the Citroën ë-C3. The company launched its first mass-market product, the C3, in India last year. The model integrates the company’s strategy of bringing an affordable product to compete directly with the Tata Tiago EV, Mahindra XUV 400, and other models.

Official prices have not yet been released, but they should arrive on January 22, when the company intends to officially open orders. But the model only arrives at dealerships in mid-February to early March.

The Citroën ë-C3 will be available in Live and Feel trim versions. The second version comes with a 10.2-inch touchscreen infotainment system. The rechargeable alternating current battery comes with a power of only 3.3 kW. In any case, direct current charging is supported (maximum power not specified). On DC speakers, it takes 57 minutes to go from 10 to 80% battery.

The car comes with features like the MyCitroën Connect app and C Buddy that lets you add intelligence to your journeys.