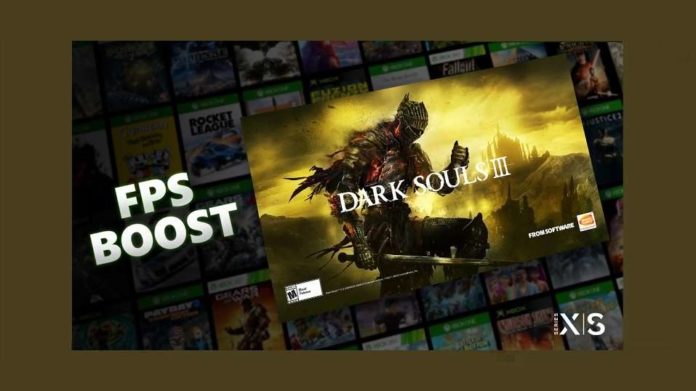 In early May, Microsoft implemented the FPS Boost technology in about 97 games from previous generations, allowing them to display better graphics performance on current Xbox Series S and X. Now the new title to receive support for FPS Boost is the acclaimed Dark Souls 3.

With the feature, titles that had a maximum performance of 30 frames per second can now be played at 60 or even 120 frames per second, ensuring smoother and more pleasing images to look at. Check out the official tweet below:

Thanks to the change, the backward compatibility version of the game now runs at 60fps on new consoles, doubling the original 30fps. Unfortunately, it appears that the feature has not changed from the game’s original resolution, which should be kept at 900p.

According to a Microsoft executive, the Dark Souls 3 required unique technology for FPS Boost to work, something made possible by a partnership with FromSoftware and Bandai Namco.

Now, some fans are rooting for the game to make the Xbox Game Pass catalog to make things even more perfect. As mentioned earlier, so far, 97 games support the FPS Boost tool (many of them on Xbox Game Pass and EA Play services).