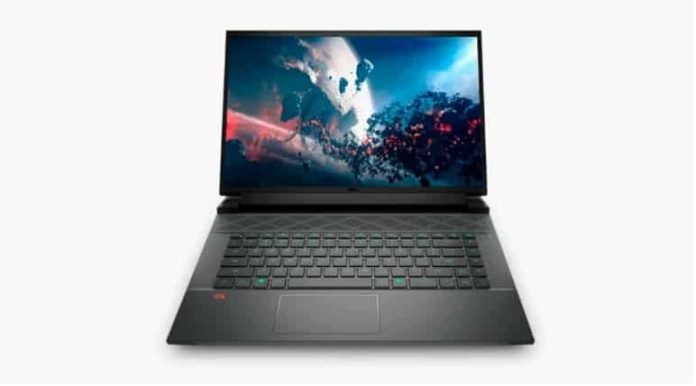 Dell is expanding its portfolio of gaming notebooks in the “G” line as it announces the new G16 gaming laptop. The Dell G16, as its name suggests, is the first in the family to use a large 16-inch display, bringing an even more advantageous viewing area to users.

The screen has a Quad HD+ resolution (2,560 x 1,600 pixels) distributed in an aspect ratio of 16:10 and a refresh rate of 165 Hz. The peak brightness is only 300 nits, but the display supports NVIDIA G-Sync so gameplay is smoother and doesn’t run into FPS drops.

Under the hood, the notebook works with the Intel Core i7-12700H, one of the best processors for 12th-generation handheld devices that works with a total of 14 cores, 20 threads, and a maximum clock of 4.70 GHz. The CPU can be matched to three different graphics card options: NVIDIA GeForce RTX 3050 Ti, GeForce RTX 3060, or GeForce RTX 3070 Ti.

The Dell G16 can be customized with up to 16GB of 4800MHz DDR5 RAM and 2TB of SSD storage. The most basic model is sold with 8GB of RAM and 512GB of storage. There are expansion slots that allow a total of up to 32GB of RAM.

In the connectivity department, all models will leave the factory with an HDMI 2.1 port, three USB-A ports, a P2-standard headphone jack, and an Ethernet port. For versions with the RTX 3060 or RTX 3070 Ti, the notebook offers a Thunderbolt 4 input. In addition, the G16 supports Wi-Fi 6 and Bluetooth 5.0.

This powerful hardware is powered by two battery options that vary depending on the user’s need: 56 WHr or 86 WHr. Other customizations available are on the keyboard — you can buy the Dell G16 with either an RGB backlit keyboard or a per-key RGB backlit keyboard and the option to add CherryMX switches.