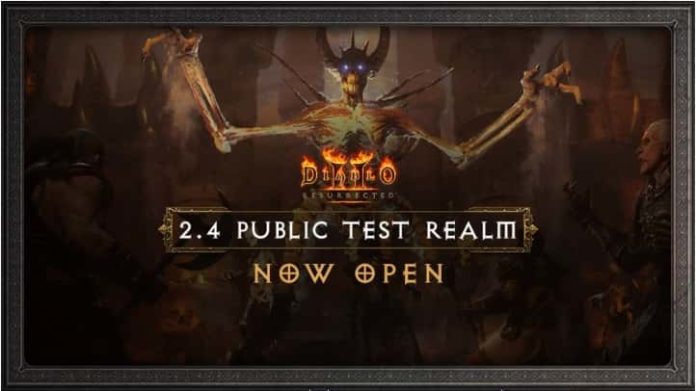 Diablo II: Resurrected 2.4 PTR (Public Test Realm) is finally live now. It’s a special realm that allows you to test balance, bug fixes, and other enhancements they make in the game. This test environment is available to all owners of the game on PC. Beyond new Rune Words, Mercenary tweaks, new Horadric Cube recipes, and more, a primary focus of this test will revolve around the Class Balance Changes.

“It’s our goal to empower players with the means to acquire and test these new items on the PTR. Your impressions and feedback will assist us in optimizing these updates ahead of the live release and first season of Ladder Rank Play. To share your feedback, select the “Provide Feedback” on the front-end screen of the Diablo II: Resurrected PTR client or post your feedback on our PTR Feedback forum.”

Shown below is a list of in-game known issues we’re currently aware of being part of the updated PTR balance build.

PLEASE NOTE: This is not a complete list of all currently tracked issues affecting this build of Diablo II: Resurrected, rather just a list of known issues with this release.

There are many eager to jump into the PTR and experience the new balance changes. At the launch of this new test build, we expect there will be login queues as a large number of testers surge into the PTR. We only expect this for the first few hours during the launch of PTR.

You may be asking, why are there queues? This is mainly due to the fact that each account logging in has to populate with pre-made characters that we have setup for PTR. This creates a bit of a strain on our database which isn’t fully scaled to the same state as of our retail servers. We do not expect this in retail launch as players already have characters populated on their own accounts.

We appreciate your patience through this time.