This week, Google released a new app for iOS “Switch to Android”. It is developed to make life easier for iPhone users who are going to migrate to a device based on Google’s mobile operating system.

The application is launched in the United States and in several other markets, including Brazil. However, Google didn’t make much of a fuss about the app. Check out the below iPhone screenshots for the “Switch to Android” app. 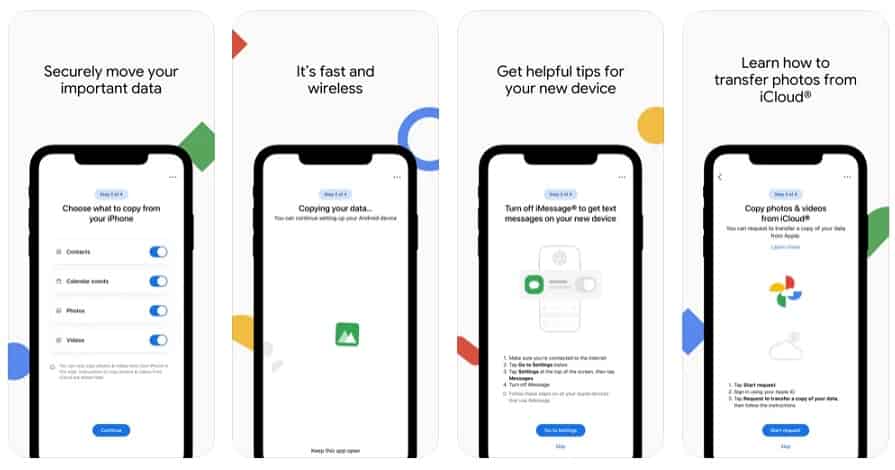 The app promises to help users move important data like contacts, photos, videos, and other files from iCloud safely, quickly, and wirelessly. The proposal is very similar, not to say identical, to Apple’s “Migrate to iOS” app.

It is worth mentioning that Google already maintains a website with complete instructions for the transition from a mobile operating system, but the application comes to make this process even easier, making it totally intuitive.

Last year, rumors circulated that Google was developing an app for that purpose. The goal is to try to attract users who use Apple OS, but this is not such an easy task, as many do not even think about making the switch.

You can download the app from the Apple App Store.