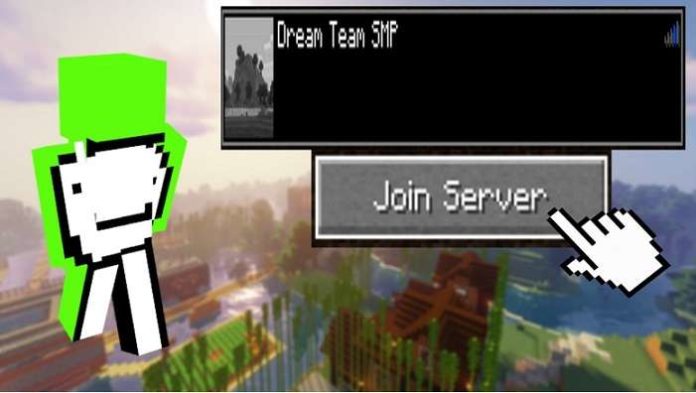 With massive content creators like Dream, TommyInnit, and GeorgeNotFound, the Dream SMP server has grown into a series with a huge online fan base, especially among the younger generations.

But even among avid Twitch users, many may have heard of the server but don’t really know what the Dream Team is, despite its huge fanbase and popularity online.

Most people have at least heard of Dream, an American YouTuber, and Twitch streamer. Best known for his personable smiley face and his Minecraft content, like Corpse Husband, Dream is a faceless YouTuber. Dream and GeorgeNotFound launched the Dream SMP Minecraft server in April 2020 as a simple survival mode among some friends.

But in a few short months, the Dream SMP server grew in popularity and then attracted guest stars like Fourteen Days Ninja and even rapper Lil Nas X. It’s surprising that the server is only a year old considering how popular it is and how much has happened. since it was launched.

In essence, the Dream SMP server is a fictional area for online role-playing games. Minecraft and the server have a number of dedicated traditions, factions, eras, and terminology. The world, which includes a full fan-made map of all locations, started with Community House, but when TommyInnit joined the server, the server became less casual and chaotic.

Who is on the Minecraft SMP Dream server?

There are more than 30 active members of the Dream SMP server that make up the story. Some of them even play two characters, like Dream and Wilbur Soot, who started playing as Ghostbur after Wilbur Soot passed away. This is a closed Minecraft Server, which means that only those invited to join can join. However, many big names in the streaming community have visited tours in the past, including Pokimane, Corpse, and Mr. Beast.

In addition to Dream, TommyInnit, GeorgeNotFound, and Wilbur Soot, popular anonymous streamer Ranboo, Eret, who is currently the king of SMP, Twitch streamer Karl Jacobs, Tubbo, is a close friend of Tommy and Punz.

ALSO READ:  What is a Shulker Box in Minecraft and How to Make it?

Minecraft Dream’s Dream SMP server became popular for the same reason that many fell in love with Critical Role fandoms, a Dungeons Live broadcast show with productive voice actors. Not only are fans interested in the story, but also the personalities behind the characters.